Just 41% of IDF combat soldiers expect their commanders to support them should they make a mistake, according to an internal IDF survey reported by Ha’aretz Thursday. When the respondents include a sample of the entire IDF population, a small majority, 51%, believe they would receive support.

The study authors noted that “it can be assumed that these findings were influenced by the events with Elor Azaria.”

Interestingly, despite their clear mistrust, 73% of IDF combat soldiers say they are satisfied with their service, compared with 76% in 2012. However, when asked if combat service contributes more to the country, only 40% of combat soldiers agreed, compared with 54% in 2014. Among the general IDF population 41% feel the same way.

The IDF Spokesman’s Office refused to comment on what they said was an internal survey. 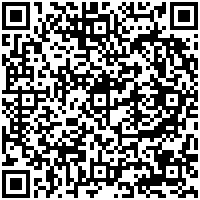