The work, however, was not yet complete. Its publication in one volume, detached from both the Chumash and the Torah Temimah, hampered its usefulness. In stepped Michael Zev of the Horev Publishing House in Jerusalem, with an idea whose time had come: reprint the Torah Temimah; correct many of its mistakes; vowelize the text, Rashi and the Siftei Chachamim supra-commentary; and add the Meshivat Nefesh commentary to boot.

Zev actually went several steps further. He incorporated many of RYM’s corrections directly into the Torah Temimah text and trimmed them from the Meshivat Nefesh. He also removed several of its Torah-themed discussions that did not pertain directly to Rav Epstein’s commentary. On the other hand, he added some other notes on the Torah Temimah written by a distant relative of its author, Rav Moshe Yechiel Epstein, also known as the Ozherover Rebbe. These latter notes comprise some ten percent of the newly published Meshivat Nefesh, according to Zev.


And thus, with the publication of the old-new work in Jerusalem, the saga of the Torah Temimah – first published in 1902 – reached its final stage: Full annotated readability and availability for the Torah-cherishing public around the world. 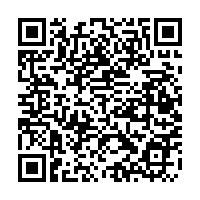