It is said in many contexts: Every time there is a call for “both sides” to show restraint. Every time a comparison is made between Arab violence and its Israeli counterpart. Every time someone notes there are both Jewish and Arab victims of terror. Every time we are told there is never a justification for violence – Jewish or Arab.

And in each variation it amounts to a mockery of all that is moral, for one thereby divorces every action in the Israeli-Arab conflict from its context.


And so Israel’s recently deposed defense minister, Moshe Ya’alon, has difficulty distinguishing between a Jewish soldier shooting a terrorist and an ISIS terrorist beheading an innocent victim. “We’re not Islamic State” said Ya’alon, referring to a Jewish soldier stationed in Hebron who shot an already-downed terrorist who had attempted to kill a soldier only moments earlier.

This same inability to distinguish drove IDF Deputy Chief of Staff Yair Golan to outright delusions. At a recent Holocaust memorial conference, Golan said he saw evidence of a recurrence of elements that once led to the Holocaust. His reference was to the treatment of Arabs by the Jews of Israel.

Golan’s inability to distinguish between the situation of Arabs in present-day Israel and that of the Jews of Germany under Hitler is astounding. While Golan is certainly correct that the hatred Jews experienced in pre-war Europe is evident in our midst today, he fails to grasp that the Jews are not the bearers of today’s hate but the victims of it, as the Arabs of the land perpetuate their endless hate campaign against Jews.

To top it all, Knesset Member Ksenia Svetlova of the Zionist Union equated Jewish and Arab violence by telling Army Radio, “We remember the incidents that led up to the creation of the state, so we know exactly how a people that desires its freedom acts.”

She continued: “During the time of the yishuv, how many people denounced the attacks in the Haifa market for example?”

Svetlova was referring to a number of incidents involving pre-state Jewish underground groups placing bombs in Arab markets, which resulted in several dead and many wounded. What she failed to mention is that those attacks were not senseless acts of desperation but the response of a people that had been at the mercy of constant attacks and riots for nearly a decade. Jews had been seeking peace with the Arab population but were being met with terrible violence in return. One is unable to fully depict the torture and ruthlessness Jews suffered during the 1929 Hebron riots alone.

Svetlova concluded that the Palestinians “remind us of ourselves, of our society, much more than any other Arab society. The Palestinians are derived from us. We are exactly the same.”

As we have seen, she is not alone in her views. And though she is incorrect, many decent people are at a loss when challenged to respond to her specious points. But not all that glitters is gold and the key to understanding the difference between the two sides lies in context. And that context, viewed with reason, determines whether or not there is a difference.

Let us recall that Israelis have bent over backward in attempts to achieve peace with the Arabs of the region, to no avail. Whether through concessions, peace conferences, or partition plans to create both Jewish and Arab states living side by side, the response was all too familiar: The Jews were willing to sacrifice large parts of their country for the sake of peace while the Arabs would opt for bloodshed with their unabashed rejection of a Jewish state in any size or form.

Nothing has changed since the early days of pre-statehood and we remain in the midst of the same battle today, as the Arabs continue to deny the right of a Jewish state to exist.

Those who cannot distinguish between a cop shooting an armed bandit and a bandit firing at a cop, between terrorists and their victims, between Eichmann and the Jews who hanged him, are lacking elementary reason.

Of course there is a difference between Jewish and Arab violence and it is nothing less than the difference between what is right and what is wrong. For despite being taught as children that it doesn’t matter who “started it,” it is actually the primary factor that matters in life situations. Otherwise, there would be no difference between the Maccabees and the Greeks, Moses and the cruel Egyptian he smote, police officers and criminals, and any other instance of a just response to injustice.

And one who cannot distinguish between those who initiate hostility and the victims who react is not only senseless but dangerous as well.

It is of utmost importance that we comprehend this, lest our children be unable to distinguish between the Nazi oppressor and the Jew of the ghetto who resisted. We Jews have suffered hostilities in our land for nearly a century and any reaction on our part can never be equated with the acts that brought about the reaction. 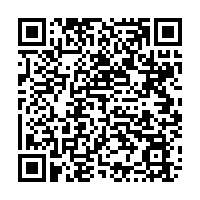