With Passover just around the corner, both prospective employers have apparently decided to delay compliance with the law until the holiday is over. The Maryland institution’s general counsel informed me that my letter arrived just as she was leaving on vacation, but that she would respond to me during the week of March 31. I reminded her of that promise when I heard nothing from her by Thursday, April 3. On April 4 an outside counsel wrote to tell me that there were “complex issues” that had to be investigated, and because of “various time demands” that process could not be completed “until the middle of the month.” Her promise that she would reply to my letter shortly after she returned has, to this date, not materialized.

The New York hospital’s lawyer has assured me in an e-mail that the problem would be resolved with a job offer later “this month” – not “this week” or “next week” but, apparently after Passover, which will still be in the month of April.


Both institutions will now get away with what is clearly an evasion of the law by not having to accommodate to the observance of Passover. Both applicants should have been hired, and reasonable accommodations should have been made for their absences on religious holidays.

There is, I regret to report, too little awareness of the legal right to demand an accommodation. In both cases, the initial inquiry to me came in the form of “there’s probably not much we can do about this, is there?” In fact, the law is on our side. Know it, and demand your rights. 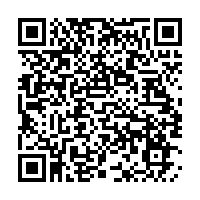