The Vizhnitz girls’ school in north London, catering to 212 students, has failed three inspections conducted by the UK’s Office for Standards in Education, Children’s Services and Skills (Ofsted), on the grounds it did not meet requirements set out in the Equalities Act. Ofsted reported that students were “shielded from learning about certain differences between people, such as sexual orientation,” The Telegraph reported on Sunday.

Vizhnitz is a Hasidic dynasty founded by Rabbi Menachem Mendel Hager of Vyzhnytsia, a town in present-day Ukraine (which back then was in Austrian Bukovina). As a matter of course, Vizhnitz devotes little or no time to learning about sexual orientation, other than those well known verses in Leviticus that frown on guys behaving like girls.


According to The Telegraph, Inspectors visiting the Vizhnitz Girls School last month said the Orthodox school does not give its students “a full understanding of fundamental British values.” It turns out that the students were not being taught about LGBT issues such as “sexual orientation,” which puts the school in breach of the equality laws.

“This restricts pupils’ spiritual, moral, social and cultural development and does not promote equality of opportunity in ways that take account of differing lifestyles,” the Ofsted inspectors reported, pointing out that the students are being “shielded from learning about certain differences between people, such as sexual orientation.” As a result, “pupils have a limited understanding of the different lifestyles and partnerships that individuals may choose in present-day society.”

At the same time, the inspectors also noted that “the school’s culture is, however, clearly focused on teaching pupils to respect everybody, regardless of beliefs and lifestyle.”

Ofsted argues that while UK schools are not expected to “promote” ideas about sexual orientation, they are expected to “encourage pupils’ respect for other people, paying particular regard to the protected characteristics set out in the 2010 Equalities Act.”

The Equality Act 2010 requires equal treatment in access to employment as well as private and public services, regardless of the protected characteristics of age, disability, gender reassignment, marriage and civil partnership, race, religion or belief, sex, and sexual orientation.

In other words, in its citing of the Vizhnitz girls’ school, Ofsted chose to overlook the protection of their religion or belief under the Equality Act 2010, in favor of the sexual orientation clause. Someone should tell the Queen.

Or, as Gill Robins of the Christians in Education group put it: “All equalities are equal but some equalities are more equal than others. Ofsted has revealed its true agenda. It doesn’t matter how good your school is in all other respects – simply refusing to teach very young children about gender reassignment will lead to your closure.”

Yes, we didn’t mention that part: should you see this as yet another quirky Brits story, you may wish to consider that UK private schools which fail to meet Ofsted’s requirements for “spiritual, moral, social and cultural development of pupils” face closure.

A Time to Speak and a Time to Ramain Silent 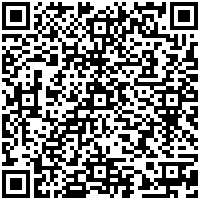