The computer industry has Moore’s Law, which is an observation that the number of transistors in a dense integrated circuit doubles approximately every two years.

Israel now has Feiglin’s Law, which is an observation that Israel receives an increasing and massive influx of new Olim (immigrants) whenever major global geopolitical shifts occur, especially when those shifts synchronize with increased antisemitism and economic problems.


Feiglin told the Minister of Aliya and Absorption in the Knesset that that he expects a million and a half Jews to make Aliyah within the decade, as all the conditions are right for it.

Feiglin points out that throughout Zionism’s history, the demographers have been naysayers, proclaiming how few Jews will be in Israel, and even questioning if the Jews will be the majority in our own land.

In 1967, demographers actually claimed that Jews would be the minority in Israel by 1987.

And of course, as Feiglin points out, Jewish families still maintain very high birth rates, and not only among the religious.

As history showed, by the year 2000 Israel had over 5 million Jews, and are clearly the majority west of the Jordan river.

If Feiglin’s Law is right then we’re going to need a lot more housing in Judea and Samaria.

I just hope a good percentage of those Olim will be Americans. 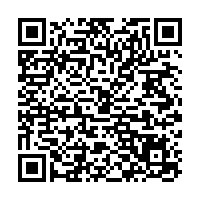