At some point within the next month or so, we’ll learn if Camp Ramah succeeded in temporarily keeping the anti-Israel IfNotNow activists away from their young campers.

Last week we witnessed IfNotNow provocateurs, in cooperation with another radical leftwing group, Breaking the Silence, infiltrate a Birthright tour.


On Friday, JewishPress.com blogger Ari Fuld was walking in Jerusalem’s Machane Yehuda Shuk, when he overheard a member of a radical leftwing group tell his fellow activists to “find the American students, we are looking for Birthright participants.”

Ari confronted those activists both on and off camera and tried to engage them in a debate – they only agreed to talk with him when the camera was off.

Ari discovered they were ignorant of Israeli and Jewish history, their knowledge apparently limited to what they had been taught to parrot. They couldn’t form a single cogent argument to defend their positions.

When Ari pointed out that historical facts disagreed with the narrative they were spouting, their leader claimed he “sees the truth differently.”

Shalom Pollack, a tour guide in Israel, points out what he believes is the real problem with Birthright.

Pollack says he was blacklisted from leading Birthright groups because he provided a strong, clear, factual pro-Israel message, and the facts aren’t always politically correct.

Birthright wants to be pareve, non-partisan and apolitical. That is the core of their problem. They avoid what they consider political or controversial, leaving a massive breach for the radical left to enter.

In that sense, IfNotNow is not wrong when they say Birthright is not telling the truth about the “Occupation” to their Jewish participants.

FOR IMMEDIATE RELEASE: IfNotNow launches #NotJustAFreeTrip Campaign, pressuring @birthright to tell the truth about the Israeli Occupation to its 40,000 young Jewish participants this summer.https://t.co/aW2KnHNhGc

It also makes these young American Jews perfect prey for groups like IfNotNow and “BirthLeft”.

“If called upon, I will give free seminars to Birthright guides and detox them from the fears that have accompanied them for so long. PC has not worked. Young people can tell when they are being told the whole truth or when hearing a prescribed script.

Let’s make our young people proud and give them the tools to tell it like it is. PC be damned.

The facts are on our side. Use them. I guarantee great results.”

The youth in Camp Ramah and Birthright are going to continue to be juicy targets for these anti-Israel groups, as long as the Jewish leadership avoids providing them with a proper education.

As long as these Jewish programs, as well as the synagogues and temples, don’t bring in strong, educated, pro-Israel speakers who are experienced in confronting the lies of the well-funded radical leftwing groups, and let them teach their youth how to confront those lies, these programs will be forced to continue insulating their impressionable participants from the leftwing groups that target them – a proven losing strategy. 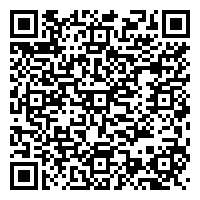