Chabad-Lubavitch leaders in South Africa expressed their condolences following the passing of Nelson Mandela at the age of 95. He served as president of South Africa from 1994 to 1999, the first black to hold the office, voted in as part of the country’s first-ever multi-racial election.

Mashi Lipskar, who with her husband, Rabbi Mendel Lipskar, was sent in 1972 by the Rebbe—Rabbi Menachem M. Schneerson, of righteous memory—to direct Chabad-Lubavitch of Southern Africa, said while few knew him personally, “we saw him, we encountered him, we observed him.”

Mandela was “head and shoulders above the people in stature. He was a very tall man, but he had a gentleness, a humility, and this pervaded his attitude, his approach,” she said.

Lipskar, who lives in Johannesburg, was in New York visiting family when she heard the news of Mandela’s passing.

When she and her husband arrived in South Africa as newlyweds, Lipskar said the country was a “powder keg.”

To Inspire the People

Four years after the Lipskars arrived—in 1976—they brought over Rabbi Yossy and Rochel Goldman to help them with their work.

“It was quite an institutionalized racism, and we didn’t come to get involved in politics,” said Goldman, who now serves as senior minister of Johannesburg’s largest Jewish congregation, Sydenham Highlands North Synagogue. “We came to serve and hopefully inspire the Jewish people, but it was impossible not to be affected and sensitive to the plight of innocent people.”

Mandela’s relationship with the Jews in South Africa was a long one, noted Goldman. He had a Jewish doctor and was backed by a number of Jewish philanthropists. “He had many Jewish comrades,” said the rabbi, explaining that Mandela got his first job from a Jewish firm and was later represented by Jewish lawyers when he was tried for treason.

“What’s really most important to me is that after 27 years in prison, to come out and not seek revenge, but to preach peace and reconciliation between blacks and whites is really a sign of true greatness.”

He cited Mandela as a revered politician and powerful icon respected by people of all races and faiths for his humanitarianism and for, as Goldman said, “really putting South Africa on the right path.”

On a more personal level, he said that his children used to ride their bikes by Mandela’s house, and that he has a picture of Mandela with one of his sons when the boy was about 9.

“I was coming home from a meeting and there was Mandela, taking a Sunday-afternoon stroll,” he said. “I told the kids to come quickly, so we can all say hello to Mr. Mandela.”

As for Lipskar and her family—she and her husband raised nine children there—when asked if she ever thought about leaving South Africa in its fiercest days, when both blacks and whites lived in fear, she responded: “Never. Never once did we consider leaving.”

Of Mandela, she said: “This was a man who was blessed … to put those years in prison behind him and rise in leadership. He brought healing to the country in so many ways. He wasn’t a great politician, but he was a great statesman, and that’s what the country needed at the time. He was loving and he was inclusive; he brought the country together—and that was no mean feat.” 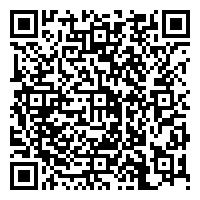