2.  Mexican billionaire, Carlos Slim: “The Slim Group will take part in additional investments in Israel. We like to have our finger on the pulse of new technologies, and Israel is a world leader in this field.  We are interested in Israeli technology developments.”  Earlier this month, Slim’s América Móvil SAB de CV participated in a $60MN round of private placement by Israel’s Mobli, which developed a mobile social network photo and video-sharing platform (Globes, Nov. 28),

3.  CNN, November 22, 2013:  “Technology companies are on a shopping spree in Israel, spending billions on ever larger deals and fueling the country’s startup success story. Greater Tel Aviv is a home to a vibrant tech start-up scene, second only to Silicon Valley.  Microsoft, Google and Cisco have large R&D offices in the area.  Google, Apple, Intel, IBMand Cisco have been involved in a spate of high-profile acquisitions over the past two years, scouring the country for the next big thing…. Since 1998, Cisco has made 11 acquisitions and invested in 22 start-ups in Israel….

Dealogic data shows a big increase in activity in the sector, with nearly $4 billion in acquisitions of registered Israeli tech firms since 2012. But given this figure only includes deals where a valuation is made public — and most deals are kept private — the overall tally is likely to be much higher.  Zack Weisfeld, an executive at Microsoft in Israel, estimates that about $13 billion in Israeli tech acquisitions have been completed since the start of 2012….

Last month, Facebook bought the Israeli start-up, Onavo, for $200MN. In June, Google acquired the popular social mapping firm, Waze, for $1BN. Two months later IBM acquired Trusteer, a fraud prevention company, for $1BN.  Apple bought PrimeSense, known for its 3D sensors, for $345MN…. In Israel, most people are required to join the military after high school, gaining early exposure to advanced technology, and sometimes developing high-tech communication and defense systems…. The Israeli government offers grants, loans and tax breaks to encourage new tech firms and research and development….  The uncertain environment in the Middle East has played a role in developing a culture of adaptability and risk-taking.”

4.  India Economic Times (Nov 8, 2013): “The presence of thousands of startups, and more engineers per capita than anywhere else in the world, makes Israel a natural hub for innovation…. Best known for defense and military-inspired technologies, entrepreneurs across the nation are now focused on building the next generation of healthcare applications…. Using artificial intelligence and digital technology, they are creating applications for diagnostics, tools for the visually, physically and mentally challenged as well as products that can improve agricultural output…. They have created a device that can be clipped onto spectacles, making it possible for a blind person to read, find an item, catch a bus or cross the road.

Israel’s R&D expenditure account for approximately 5% of the country’s $260BN GDP, higher than any western country. This excludes defense R&D.

There are also around 300 multinational companies in the country which are a big part of the ecosystem. Many of them, including Apple, Google, Intel, Microsoft, General Motors, and GE have set up research and development facilities in Israel to use the local talent and come up with breakthroughs.

Per capita, Israel has attracted over twice as much venture capital investment as the US and 30 times more than the entire European Union.  In 2012, merger & acquisition (M & A) deals involving Israeli and Israel-related companies were valued at $9.74 billion, an 88% increase from $5.2 billion in 2011, according to Israel’s IVC Research Center database. Israel has 135 engineers, scientists and PhDs per 10,000 people in the work force, the highest in the world.

Apple Confirms It Is Paying $350 Million for Prime Sense 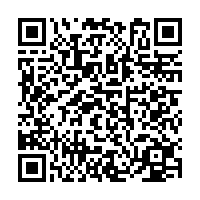