A middle-aged person recently came to see me before embarking on a trip to the United States to raise money to pay for his crushing debts accumulated over the years that he has not worked. The irony is that he graduated university and is a qualified engineer and is easily employable. So when I asked him why he doesn’t go to work instead of undergoing the humiliation of canvassing door to door in the American winter for a month to receive charity, much of it given begrudgingly, I sighed deeply at his answer: “I have daughters to marry off and the husbands they want to marry will not accept daughters of someone who is working!”

This little anecdote by Rabbi Berel Wein says it all, doesn’t it? As does his entire article. In fact I could have written it exactly the way he did. His understanding of the reality in the world of the right is exactly the same as mine. And he identifies himself as a Charedi Jew of a Lithuanian origin!

His point being that of the comic strip character Pogo whose most famous line is, ‘We have met the enemy and he is us!’ Here is What Rabbi Wein says along these lines:

Somehow we have forgotten that idleness, poverty and a persecution complex all are, in the long run, self-destructive conditions. These were the conditions that secularized much of Ashkenazic Jewry over the past three centuries. Eventually a system built on declining governmental welfare allotments and unending charity from others – a system decried by Maimonides and other great rabbinic sages and religious leaders throughout the ages – is a Ponzi scheme that inexorably will collapse of its own weight.

And we are ill served by religious political leaders and the handlers of old and revered great Torah scholars who, for purposes I have never really understood, oppose any change of the current miserable status quo. And, there is never any plan advanced to help rescue their adherents from the deepening abyss of poverty and personal despair.


Oh how true this is. This is precisely what a courageous hero like MK Rabbi Dov Lipman is trying to change. And for his efforts he has been disparaged by just about anyone who sees the rabbinic leadership in Israel as unassailable in their approach to these problems. Even the two feuding Charedi sides on how to handle these issues in Israel agree that any change should be fought. The only difference between them is what the approach should be.

That the right wing American rabbinic leadership has only spoken up to endorse that position when many of them have educational values similar to those of Rabbi Lipman shows just how fearful they are of speaking their mind. They would rather endorse the values they themselves do not necessarily have and walk in lockstep with Israel’s rabbinic leadership.The explanation for this is that what’s good for American Charedim is not necessarily what’s good for Israeli Charedim

I’m sorry but with all due respect to those who say this… that is the biggest cop-out I can imagine when seen in the face of the crushing poverty Israeli Charedim face.

Rabbinic leaders in Israel refuse to acknowledge that there is a valid remedy to their poverty problem: A clear statement that Kollel is not for everyone and that there needs to be preparation for the workplace starting in elementary school and continuing all the way through high school and beyond. At the very least, that means having a core curriculum. One that is similar to what most American rabbinic leaders support in America. The refusal to acknowledge this is the kind of thing that perpetuates the problem.

Airbrushing The Past Creates Problems In The Present 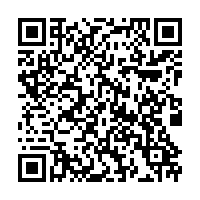