Parshat Chukkat dealing with the sacrifice of the red heifer is often alluded to as representing the upper limits of our capacity in understanding Torah.


The Midrash relates that Solomon himself despaired of any understanding of it (Num. R:19:3) and some commentators have used it as an example to demonstrate that some Torah decrees have the status of being impossible to understand, capturing this notion in the very meaning of the term chukim or decrees, while at the same time professing that their observance elevates one spiritually.

Yet the Talmud and the history of Jewish ideas reveal that the quest to acquire some understanding of these decrees goes on. This conflict raises the crucial question How far can our understanding of Torah reach? I believe that a response to this question can be provided which speaks to the value of the relevance of a philosophy that is rooted in distinctly Jewish sources.

The paradox of the red heifer resides in the fact that the ashes of this burnt animal are mixed with fresh water to purify one who came in contact with the dead, while at the same time the preparation of these ashes renders impure the priest who concocts them.

How can that substance which purifies the contaminated also render impure the uncontaminated priest who prepared it? The difficulty in resolving this paradox is often joined with the claim that following such seemingly absurd decrees show the virtue of our humility, recognizing the limitations on our reason.

This then raises the question of whether humility requires a complete abandonment of reason and the human capacity to acquire insight.

It would be of value to note that there are degrees in understanding in all realms of knowledge. In the sciences, for example, theoretical physicists are still struggling to develop a comprehensive theory that encompasses what we know of minute matter and the galaxies, bridging quantum physics (more suited for micro matter) and relativity (better when dealing with the galaxies).

In Guide to the Perplexed, Maimonides prefaces his logical demonstration of the existence of God as the first cause, by reminding the reader that certainty is impossible in this area (while his demonstration is professed to be only more likely than the alternatives).

This, however, does not in any way preclude knowledge in such instances, but rater allows that knowledge can be partial, and, even more significantly, places us in a created universe where such knowledge can become more complete with the passage of time.

Moreover, the underlying concept of the Oral Torah in Jewish thought is particularly well suited to this scenario, as the Oral Torah represents an ongoing interpretation, which, as the contemporary scholar Norman Cohen points out, represents the boundless potential for rendering the Torah “understandable in the generation in which it was given and to all subsequent generations.”

In this sense it is truly as the rabbis described it “like black fire written on white fire.”

The Remarkable Paradox of Sukkot 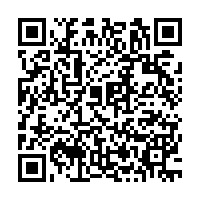