About a month ago, I wrote in this column about a group of British animal rights activists who employed Nazi imagery in a vicious campaign against a kosher abattoir (slaughterhouse) in London. This, I said, was another example of the Holocaust being used as a stick with which to beat the Jews, by turning their own victimhood on its head.


In the intervening period, there have been three significant episodes involving the Holocaust, and the Nazi era more broadly, which suggest that I underestimated the scale of this problem. For all the widespread ignorance of history these days, for all the talk of post-truth politics, for all the celebrations on right and left over the coming dismantling of the post-1945 order, we remain fixated on the past. More, I would venture: We just can’t stop talking about Hitler.

By “we,” I don’t mean the Jewish community specifically. There is general agreement among ourselves about the Holocaust and its core lessons for our people: to be secure in the diaspora, to achieve self-determination in our ancestral homeland to be vigilant in confronting any and all anti-democratic manifestations, to commemorate the Holocaust across future generations — although nobody can say how long that consensus will last.

Equally, the Jewish community has developed norms and customs for talking about the Holocaust, especially when it comes to invoking it in relation to contemporary events. And again, there is general recognition that this approach can sometimes be enlightening and helpful — when studying the genocides in Rwanda or Cambodia, for example. But most of the time, it involves demagogy and political opportunism, which brings me to the three examples I want to talk about.

The commonality these examples share is that the Jewish community was a bystander in all of them. In some ways, it seemed that everyone was talking about Hitler, or using Hitler for their own ends, except us, and we were left protesting on the sidewalk.

Example one: On January 10, our incoming president, Donald Trump, wondered aloud on his Twitter feed, following the release of an unverified report about his activities in Russia, whether we were living in “Nazi Germany.” Now, in my view, what’s at issue here shouldn’t lead us into another arid, frustrating debate about what these social media outbursts tell us about Trump.

The overriding point, I think, is the ease, more than 70 years after their defeat, which which the Nazis continue to slide into our own political conflicts. The baby boomer generation, of which Trump is a member, was notorious in this regard, forever making incendiary comparisons with the SS and the Gestapo, regardless of whether the matter at hand was of enormous significance, such as the Vietnam War, or ludicrously trivial, like returning to your car and finding a parking ticket on the windshield.

This “Nazi talk,” or “Hitler talk,” or whatever you may call it, has been part of our cultural language since 1945. It shows little sign of waning. And partly because of that, it’s become much simpler to invoke the Holocaust for political ends.

After all, people know by and large that the Nazis murdered 6 million Jews, but their response to that has been extraordinarily varied — at one end of the scale, outright sympathy and a profusion of Holocaust memorials in the US and around the world, and at the other, resentment at the central role assigned to the Holocaust in understanding the 20th century, and readiness to brandish it as a mirror in front of the state of Israel and the Jewish community more broadly.

Which brings me to example two: On January 17, our outgoing president, Barack Obama, appointed his deputy national security adviser, Ben Rhodes, to the council of the US Holocaust Memorial Museum. Rhodes, you will remember, was the White House staffer who constructed the Administration’s smoke-and-mirrors communications strategy around the 2015 Iran nuclear deal. And after having crafted the myth of a moderate, cooperative Iran, which meant dismissing the Islamic Republic’s official doctrine of Holocaust denial as rhetoric without consequence, Rhodes has landed a post that feels like a thumb in the eye to many Jews, Democrats and Republicans alike.

One can only speculate about what Obama was thinking — it was revenge, many said, and that is probably true up to a point. Of greater import, I’d say, is what this tells us about the tensions that arise from the manner in which the Holocaust is remembered.

Obama himself has only been interested in Judaism’s universalist aspects, and there is no reason to expect Rhodes to be any different. Implicit in his appointment is the view that the Holocaust is a tragedy that belongs to everybody, and that the best response to it is an anodyne, pacifist humanitarianism, solemnly declaring that all cultures are of equal worth, and emphasizing diplomacy and dialogue when confronted by nationalist and religious fanatics.

There are many, many problems with this viewpoint. One of them involves a failure to grasp that these same fanatics wield the Holocaust as a propaganda weapon. Holocaust denial is a staple in the Arab and wider Islamic worlds, along with imagery depicting Israelis as Nazis. In the Soviet Union, the Holocaust’s Jewish character was outright negated; now Russian dictator Vladimir Putin portrays Ukraine as a Nazi state in order to win support for the occupation of Crimea.

Again, this is a propaganda trend that shows no sign of abating and is arguably increasing.

On, then, to example three: On January 18, Bjoern Hoecke, a leader of Germany’s fast-rising, far-right, anti-immigrant Alternative for Germany party, delivered a rousing speech to students in the city of Dresden. At its heart — and this, bear in mind, came from an individual who claims to be leading the struggle against Muslim extremism in Germany — was an assault on the place of the Holocaust in Germany’s national memory. “Germans are the only people in the world who plant a monument of shame in the heart of the capital,” Hoecke declared, in reference to Berlin’s Holocaust memorial, expressing the nauseating self-pity that envelops the approach of Europe’s right-wing nationalists to the Holocaust.

“This laughable policy of coming to terms with the past is crippling us. We need a 180-degree turnaround in our policy of memory,” Hoecke continued, as the students applauded. “There were no German victims anymore, only German perpetrators.”

The victims Hoecke refers to are the thousands who died around Germany during Allied bombing raids; the German civilians deported by the Czechs at the end of the war; and perhaps even the entire German nation, those poor innocents duped by the Nazis. The overarching point here is plain: The Holocaust was only one incident of inhumanity during the Second World War, and there were others in which Germans were the primary victims.

Jean-Marie Le Pen, the father of French far-right leader Marine Le Pen, may have been more prescient than we gave him credit for when said, in 1987, that the Holocaust was a “minor detail” in the history of the Second World War. But even reduced to the status of a minor detail, or just one episode of the savagery on all sides during World War II, the Holocaust and its Nazi authors continue to be talked about endlessly.

If the Holocaust is now primarily an instrument to be deployed in politics, rather than a central historical memory with a direct bearing upon both politics and ethics, we can expect further manipulation of the past to serve the imperatives of the present. From the “Hitler” chatter on social media all the way up to the new guardians of Holocaust memory, it is all going horribly wrong.

But the proper response to all this begins with fortitude, not despair. Each Jewish generation has had to deal with its own distinct and often fatal challenges. This — which places our history at the center of today’s political discourse — is one of ours. 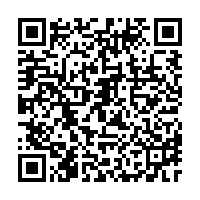