David Friedman is president-elect Donald Trump’s choice to be U.S. Ambassador to Israel. We could not be more thrilled.

We are members of the organizing committee of JewsChooseTrump.org. Many who joined us had little in common at the start of the most recent election cycle other than a staunch commitment to a safe America and a secure Israel. That, and the knowledge that Hillary Clinton was not committed to the security of either.

But previously non-receptive heads swiveled towards Donald Trump during his speech to AIPAC last summer. His speech was not just good, it was really good.

A cohort of staunchly pro-Israel American Jews began to unify around Donald Trump’s candidacy upon learning that Trump’s Israel advisers, attorneys David M. Friedman and Jason Greenblatt, were intimately involved in the crafting and passage of the strongest pro-Israel plank of any political party platform ever.

That GOP pro-Israel plank, with the fingerprints of Trump’s advisers, was met with a standing ovation when approved by the full platform committee. It was also received with open arms and hopeful hearts by those of us most focused on Israel as a top election priority.

JewsChooseTrump.org, created in mid-July, eventually expanded to a national and state leadership group of nearly two dozen, and was buttressed by thousands of volunteers spread across 48 states. We were committed to helping elect Donald Trump.

The time and energy expended on this effort, one met even by many other Jews with derision and worse, grew out of the promises set out in the Republican platform. Our bet on Trump was a bet that, unlike other candidates for president, he would keep his promises.

Those promises included: a firm commitment to completely upend the approach to Iran and the Iran Deal, a deeply flawed agreement which ultimately gave more protection to Iran’s nuclear goals than to the West’s security; the rejection of the notion that Israel is an occupier of any land; support for Israel’s right to defend itself against physical acts of terror, as well as economic, legal and cultural forms of warfare; the acknowledgment that the BDS Movement is anti-Semitic, and that its goal is the eradication of the Jewish State; opposition to efforts by non-regional parties to dictate or impose agreements or borders on Israel; treatment of Israel as a mature sovereign state, one entitled to determine its own future, not have one imposed upon it by outsiders.

But a quiet, painful fear remained lodged in our breasts. What if we were wrong and Donald Trump, as those mocking us claimed, was going to hold a flame to those pro-Israel promises once he won the election?

A joint statement issued by Friedman and Greenblatt on Nov. 2 went even further than the superb GOP platform and helped allay our fear.

It specifically pledged that under a Trump administration the US will not limit Congress’s support for Israel, as was required under the Memorandum of Understanding Obama imposed on Israel.

The pledge also explicitly stated something the GOP Platform had only implied. It rejected the long-failed policy of imposing a terrorist, genocidal state on Israel’s border, in the guise of the “Two State Solution.”

Sadly, the “solution” part of that plan evaporated long ago and instead, over the years, the idea of peace as the goal of the peace process was replaced with the creation of a sovereign Palestinian state. Anything that interferes with that secessionist goal is cast as an obstacle to peace, as shown vividly by the UNSC vote on Friday, Dec. 23.

But now we know that, with Trump’s Israel Dream Team, real peace will again be the goal of any negotiating efforts.

The new president will not permit the United States to help birth another terrorist, racist state, one that proudly proclaims no Jews can live there. We agree that is not something our president or American tax dollars (or American Jews) should support.

More: in the Trump administration, Jerusalem really will be recognized by the U.S. as the eternal, indivisible capital of the Jewish State. The U.S. Embassy really will move to Jerusalem, as it is required to do under U.S. law. Every other nation on earth gets to determine where its capital is located. Israel is entitled to that right as well.

At an event the night before the election, David Friedman spoke at a private gathering. Friedman spoke about his positions and why he holds them. Not only is he completely committed to helping fulfill Trump’s pro-Israel promises, but he justifies them using fact-filled, non-ideological language.

The arguments raised against Friedman would be laughable if they weren’t so widely repeated. He said J Street and its supporters aren’t Jewish? Jeremy Ben-Ami himself said “they’re all intermarried and doing Buddhist seders.” A quick look at J Street’s financial supporters and board members are similarly revealing. By the way, the president of J Street U is not Jewish, she’s Muslim.

The kapo argument? It’s an ugly word, but the wildly ideological Peter Beinart is the one who raised it in an article slamming Friedman. Friedman simply responded, explaining his position.

We agree that it is unconscionable to judge the kapos – they were in an unfathomable situation. From their comfy homes in America, J Street and its followers freely choose to support anti-Israel members of Congress; seek to influence elections in Israel; and consistently criticize Israel when she acts to protect her citizens from terrorism. Do you try to strip Israeli citizens of protection from those trying to kill them? Then own the natural consequences of your statements.

David Friedman is a bad choice for US Ambassador only to those who treat Israel as if it is not a sovereign nation, as if it isn’t entitled to determine its own capital, protect its own borders or safeguard its citizens.

Nor will he be the choice of those eager to elevate a Palestinian non-state which has supported, encouraged and rewarded terrorism since its founding. If you believe that privileging (and financing) such hatred, as if it deserves membership in the community of nations, David Friedman is not the choice for you either.

David Friedman was not the only motivation for our support of Donald Trump. But his nomination as U.S. Ambassador to Israel, is the validation that our trust was properly placed. May he, and the cause of peace, and the leader of the free world for whom he works, go from strength to strength.

David M. Friedman is the New US Ambassador to Israel 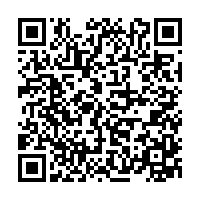