David Melech Friedman is the new U.S. Ambassador to Israel, following a close 52-46 vote in the Senate on Thursday afternoon. The only Democrats to vote in favor were Sen. Bob Menendez (NJ) and Sen. Joe Manchin (WV).

Friedman, nominated by President Donald J. Trump on his first day in office, was forced to patiently tap his foot before a hearing was scheduled, and then to endure a hostile, at times brutal, grilling during the confirmation hearing process. Nonetheless, the intensely partisan Washington vapors which have infiltrated previously bipartisan issues such as support for Israel was overcome, and Friedman was confirmed thanks to the Republican majority in the Senate.

Friedman now prepares to head to Jerusalem, where he will attempt to continue dismantling the Obama legacy of hostility towards the Jewish State and, especially, towards Benjamin Netanyahu, Israel’s Prime Minister.

The first signal people will be watching for is whether Friedman sets up shop in Jerusalem, as he has promised. The U.S. Embassy has been in Tel Aviv which is not the capital of Israel, a sore point between the two strong allies.

Friedman’s nomination hearing in the Senate Foreign Relations Committee took place on February 16. That hearing was contentious, with the nominee forced to repeatedly apologize for strongly Zionist statements he had made in writing and public speeches.

A particular focus of the Democrats on the committee was Friedman’s contempt for the “Two State Solution” as the only goal of the peace process, as well as his support for Jewish communities beyond the 1949 Armistice Line. In addition, Friedman was castigated for his bald criticisms of those whose pro-Israel bona fides are strongly suspect, including J Street members and Jonathan Greenblatt, the new head of the Anti-Defamation League.

It is expected that Friedman will quickly leave for Israel where he has long maintained a residence in Jerusalem. 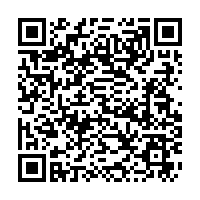