Is Hamas really on its way to moderation and pragmatism, as some Western political analysts and diplomats have come to believe?

And what do some Hamas leaders mean when they say that they are ready to accept a Palestinian state “only” in the West Bank, Gaza Strip and east Jerusalem?

These questions were raised after CNN recently aired an interview with Hamas “political leader” Khaled Mashaal.

Mashaal told CNN’s Christiane Amanpour: “I accept a Palestinian state according to 1967 borders with Jerusalem as the capital, with the right of return [of millions of Palestinians to Israel].”

The Hamas leader’s remark has since been misinterpreted by some Westerners as a sign that the radical Islamist movement, which was established 25 years ago with the declared goal of destroying Israel, has now abandoned its ideology and is on its way to endorsing a softer approach.

But while Mashaal was speaking on CNN, several Hamas leaders in the Gaza Strip were talking — in Arabic — about their intention to pursue the fight against Israel until the “liberation of all our lands, from the sea to the river.”

Mashaal’s remark is nothing but an attempt to mislead the international community into believing that Hamas has endorsed the two-state solution and is willing to live in peace alongside Israel.

In reality, Hamas has not changed or relinquished its dream of replacing Israel with an Islamist state that is funded and armed by Iran.

What Mashaal is actually saying is that because Hamas is aware of the fact that it cannot achieve its goal of destroying Israel now, it will take whatever land the Israelis give it and then continue the fight to “liberate” all Palestine, from the Jordan River to the Mediterranean Sea.

No one better than Mashaal himself expressed this view in the same CNN interview, where he stated: “Palestine, from the river to the sea, from the north to the south, it is my land. And the land of my fathers and grandfathers, inhabited by the Palestinians from a long time ago…but because of the circumstances of the region, because of the keenness to stop the bloodshed, the Palestinians today, and Hamas, have agreed on a program that accepts the 1967 borders.”

What Mashaal and other “moderate” Hamas leaders are saying is this: “Give us a Palestinian state now in the West Bank, Gaza Strip and east Jerusalem so that we could use it as a launching pad for eliminating Israel.”

In an interview with Al-Jazeera this week, Mashaal admitted for the first time that Iran has been providing Hamas with weapons and money. He also revealed that Arab and Islamic countries, as well as individuals and organizations, have also been supporting Hamas militarily and financially.

Today it has become clear to most Palestinians that a future Palestinian state would be run by Hamas or Islamic Jihad. These two groups’ popularity has increased among Palestinians, especially in wake of their self-declared “victory” over Israel during the recent Israel-Hamas conflict.

Hamas’s effort to depict itself as a “moderate” movement reached its peak this week when Mashaal phoned Palestinian Authority President Mahmoud Abbas to voice support for the request to upgrade the status of a Palestinian entity to non-member observer in the UN.

Mashaal’s phone call was again misinterpreted as a sign that Hamas was willing to accept a state only within the pre-1967 lines.

But as Hamas officials later explained, the fact that Mashaal had welcomed Abbas’s statehood bid did not mean that the movement was prepared to give up “one inch of Palestine.”

Hamas is engaged in a subtle campaign to win the sympathy of the international community by appearing as if it is ready to abandon its dream of destroying Israel. Mashaal’s remarks should be seen in the context of a new Hamas tactic aimed at turning the radical Islamist movement into a legitimate and recognized player in the international and regional arenas.

Those who have been misled into believing Hamas’s lies should be referred to the movement’s charter, where it is clearly stated that “The Islamic Resistance Movement believes that the land of Palestine has been an Islamic Waqf throughout the generations and until the Day of Resurrection, no one can renounce it or part of it, or abandon it or part of it…the liberation of that land is an individual duty binding on all Muslims everywhere. When our enemies usurp some Islamic lands, Jihad [holy war] becomes a duty binding on all Muslims.” 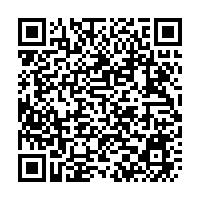