When two bombs exploded near the finish line of the Boston Marathon in April, doctors at Massachusetts General Hospital found themselves well prepared for the aftermath.

Two years earlier, Israeli medical experts had helped update the hospital’s disaster response plan to deal with mass-casualty incidents. Drawing from expertise honed over decades of treating victims of terrorist attacks, Israeli doctors and nurses shared best practices with their American counterparts, including how to distribute the wounded to hospitals and methods to locate fragments deep in wounds.


On the day of the bombing, Alastair Conn, Mass. General’s chief of emergency services, acknowledged the value of that exchange, telling reporters, “We asked the Israelis to come across and they helped us set up our disaster team so that we could respond in this kind of manner.”

Israel’s training of Boston first responders spotlights one of the many ways the United States has benefited from bilateral cooperation with the Jewish state. The U.S.-Israel alliance contributes more than ever to American security. The strategic logic that first brought the two countries together to fight Soviet influence and counter radical Arab nationalism during the Cold War endures amid the current challenges of political Islam and violent extremism.

The U.S.-Israel relationship isn’t symmetrical, as the U.S. has provided Israel with indispensable economic and military support – to the tune of more than $115 billion since 1949. But it is a two-way street.

Israel has contributed to American “hard security” through counterterrorism cooperation, intelligence sharing and the development of such innovations as unmanned aerial vehicles and missile defense. And Israel also has contributed to America’s “soft security”: Advances in the high-tech, medical and sustainability sectors have helped maintain American economic competitiveness and promoted sustainable development.

With a high-tech community second only to Silicon Valley, Israel’s cooperation with U.S. companies on information technology has been crucial to their success. As Bill Gates observed in 2006, the “innovation going on in Israel is critical to the future of the technology business.”

Unsurprisingly, dozens of leading U.S. companies including Intel, IBM and Google have set up major research and development centers in Israel. Intel has a particularly strong presence, relying on Israeli engineers for the design of many of the company’s most successful microprocessors. Greg Slater, senior counsel and director of trade and competition policy for Intel, told a recent Washington Institute forum that “Israeli engineers saved the company” by pioneering energy-efficient technology that enabled increased capacity on each microchip.

Israel’s mushrooming start-up population has particular appeal for U.S. companies looking to expand or consolidate their technical edge, as evidenced by Google’s recent acquisition of the Israeli traffic navigation start-up Waze for a reported $1 billion.

Israel’s success in producing clean technologies – born out of necessity from living in a hot, dry and oil-free environment – also has made important contributions to American water, food and energy security. Netafim, an Israeli manufacturer of drip-irrigation products, has a production facility in California and has captured half of the global market share in this key tool against the risk of climate change. Also in California, BrightSource Industries is building a solar power plant using Israeli technology that will double the amount of solar thermal electricity produced in America.

Naysayers suggest the alliance with Israel has not been cost-free for the United States, particularly in the Muslim and Arab world. But measured in empirical terms, Arab ties with the United States, at both the official and popular levels, have boomed in the past decade. Arabs are coming as students or visitors in record numbers; anti-American street protests have fallen dramatically since the start of the Iraq war in 2003; and defense cooperation with most Arab countries is closer than ever.

Sales of iconic American consumer brands also have soared during this period, despite occasional talk of boycotts, and overall U.S. exports to the Middle East increased to an all-time high of $56 billion in 2011. Conversely, oil exports to the United States from most Arab countries rose or remained steady since 2000, regardless of any political tensions.

Just as important, public opinion in every Arab or predominantly Muslim country polled has turned sharply against al Qaeda, notwithstanding the tight U.S.-Israel connection. Finally, Israel has been at most a very marginal factor in all the recent Arab uprisings. Even the new Muslim Brotherhood government in Egypt is maintaining the peace treaty with Israel and decent working relations with Washington.

As Israeli researchers, scientists, engineers, entrepreneurs, doctors and others continue to help the United States promote nation-building at home and security and sustainability abroad, Washington can rest assured it will continue to benefit greatly from its alliance with Israel.

By helping to ensure that the United States maintains its global edge, Israel will continue to contribute to Americans’ lives and livelihoods, and to restoring the global economic competitiveness of the United States. 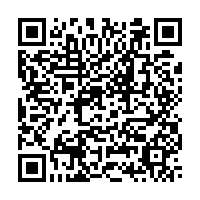