Colonial powers – France, Britain, Belgium and Russia, in particular – believed there was no substitute for their own armies and officials to ensure that their colonies stayed in line. Instead of colonial occupation forces, the US takes its money, arms, training and agenda abroad. It is a specifically American conceit that people in other countries and other societies want our social and governmental blueprint as well as our money, medicine and weapons.

As the Syrian civil war expands, a U.N. Commission of Inquiry finally determined that, “The conflict has been overtly sectarian… government forces and its militias, dominated by Alawites, have been attacking Sunnis — who are “broadly (but not uniformly)” backing the armed groups opposing President Bashar al-Assad’s government. And anti-government armed groups have been targeting Alawites.”

This is not news. It has, however, prompted another spasm of the belief that US support for this side or that, this person or that, could have or would have produced in Syria a secular, moderate and tolerant revolution, led by those who would be America’s friends. The estimable Barry Rubin blames “the deliberate decisions of President Barack Obama and other Western leaders. Even if one rationalizes the Islamist takeover in Egypt as due to internal events, this one is US-made.”

Rubin adds, “Obama and others believe that they can moderate the Muslim Brotherhood and this will tame the Salafists… This is going to be the biggest foreign policy blunder of the last century.” It may be a blunder, but it would be the same one Rubin makes in the other direction. Both believe American military, economic and political support can moderate or redirect longstanding ethnic and religious beliefs and hatreds. They both believe American “influence” can create moderate, tolerant governments in the Middle East, North Africa and Southwest Asia.

The counter-argument is the Palestinian Authority, Egypt, Pakistan, Afghanistan, and Libya.

The Oslo Accords were predicated on the mistaken belief that international economic support would create a moderate, liberal Palestinian state living peaceably next to Israel. The US also believed that with American training and financial support, Palestinian “police” would “dismantle the terrorist infrastructure.” Palestinians are the world’s largest per capita recipients of international assistance. The US has spent nearly $500 million a year on the Palestinian Authority, including $100 million each year for “security forces” under the tutelage of an American three-star General. Separately, the US is the largest single donor to UNRWA; $2.2 billion in its first 50 years (1950-1999) and $2.18 billion in the last 13 years (2000-2012). In 2012, the US contribution will be $249 million.

What have we achieved? After a Palestinian war against Israel in 2000 (with terrorists using our training) and a civil war, the PA is corrupt, bankrupt and no closer to democracy or accepting Israel as a permanent part of the region than it was before the application of our money or our “influence.” The “armed struggle” promoted by Hamas is finding ever more favor with Palestinians as PA President Mahmoud Abbas seeks “unity” with his erstwhile enemies. Abbas openly defied President Obama on negotiations, UN recognition and the internationalization of the conflict. He threatens “retaliation” against Israel if its citizens choose Netanyahu in the upcoming election. PA-Israeli security cooperation has been faltering and there are open clashes between Palestinians and the IDF.

But if the US got nothing for millions to the Palestinians, it is currently getting nothing for billions in military and economic aid to Egypt. The aid was to have ensured a pro-American military, adherence to the Israel-Egypt peace treaty and security in Sinai. Since 1987, the U.S. has spent about $1.25 billion annually for arms plus about $250 million in economic support. Additional millions were spent on non-governmental organizations (NGOs) between to help Egypt create civil society organizations to provide wider space for political parties and media. 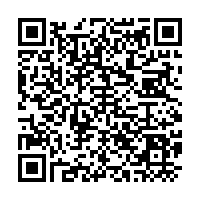