As of this week, it’s no longer just another fringe campaign: the drive to apply Israeli sovereignty over Judea and Samaria – all or parts thereof – is now a bona-fide, full-blown national drive, with the support of government ministers, Knesset Members and candidates, academics, and members of the media. This became abundantly clear on Tuesday night in Jerusalem, when more than 1000 people  crowded into a 900-seat Jerusalem hall – after the original location was abruptly changed – for the Third Annual Conference on the Application of Israeli Sovereignty over Judea and Samaria (Yesha).

Organized by Women in Green, and co-sponsored by the Jewish Press (JewishPress.com), the conference dealt with specific and practical methods by which to actually get the sovereignty ball moving and thus prevent the formation of a Palestinian state.

Talk of a two-state solution, while widely prevalent, is largely irrelevant. It was Prime Minister Binyamin Netanyahu’s speech at Bar Ilan University in 2009 that gave the concept new life, and it specifically emphasized that Israel would agree only to a demilitarized Arab state in parts of Judea and Samaria. This being an arrangement that both Fatah and Hamas have categorically turned down, an agreed-upon two-state solution can basically be dismissed.

What will take its place?

What will ensure that active and passive preparations on the ground for such an eventuality do not continue? The answer, according to an increasing portion of the Israeli public, is Israeli sovereignty — at least in part of the areas in question. At the conference, Women in Green co-chair Yehudit Katzover presented the results of a new survey, in which 73.2% of right-wing voters (some 56% of the population)–-not including residents of Yesha or hareidim–support sovereignty. The conference speakers essentially addressed three major issues: 1) How to bring about the desired sovereignty; 2) what will be the status of the Arabs living in Judea and Samaria; and 3) whether to push for full sovereignty over all of Yesha or to work gradually.

The Slow but Sure Approach

Three Likud members – Cabinet Minister Yuli Edelstein, MK Ze’ev Elkin, who is widely expected to be named a Cabinet minister following the upcoming elections, and MK Yariv Levine – supported what Elkin called the “salami approach.”  We must learn from the Palestinians, he said, “take what we can now, and discuss the rest later.”

He said that we are “hopefully” now entering a new era in terms of Judea and Samaria: “For the first 25 years after the Six Day War, the ‘status quo approach’ reigned; beautiful Jewish communities were built, but the status of the areas did not change. Since 1993, we began a period of withdrawals – Oslo, then the Disengagement, etc. – and it is now clear to most that this has brought us less security, and increased demands from the PA… We must now begin to take proactive steps to improve our situation, and begin to apply sovereignty, or aspects thereof, on whatever areas we can at any given moment. It will not be easy, but it is necessary.”

The “This Is our Land” Approach

Others demanded full sovereignty now; coincidentally or not, they are not currently in the governing coalition. MK Aryeh Eldad said that Israeli law must be immediately imposed on all of Yesha, and Likud Knesset candidate Moshe Feiglin called upon the Israeli public to internalize the idea that “This Is our Land” – the name of the grass-roots movement he founded 20 years ago – and that sovereignty is the only solution. Popular thinker Caroline Glick echoed her position of the last conference, saying then that sovereignty, whether complete or partial, will cost us the same in terms of international opposition, “so why pay full price for half a job?”
Former MK Elyakim HaEtzni added that Arab autonomy leading to statehood is catastrophic, but that autonomy under the framework of full Israeli sovereignty in Yesha is the desirable way to go.

Rabbi Eli Ben-Dahan, running for Knesset on the Jewish Home ticket, quoted the Y’hi khvodparagraph in the Morning Prayers, in which the verse citing God’s choice of the Land of Israel precedes His choice of the people of Israel. And regarding the Arab minority living in our midst, he said that Yehoshua Bin Nun dealt with the same issue by simply insisting that they rid themselves of idol-worship and recognize Jewish control over the land. “This must be our clear red line,” Rabbi Ben-Dahan emphasized: “the recognition that there can be no foreign rule in Eretz Yisrael.”

Caroline Glick also cited Yehoshua Bin Nun, and said that his demand to forego all idol-worship has a parallel today: “They must agree to stop all terrorism.”

The issue of Yesha Arabs under Israeli sovereignty was thoroughly explored in an hour-long panel discussion concluding the conference. Glick took the most extreme approach: “All of them should be offered the right to apply to the Interior Ministry for citizenship. Based on past experience in Jerusalem and the Golan [which have both been annexed – HF], we know that most of the Arabs will not apply. And even if they would all become citizens, the Jewish population in Israel would still retain a two-third majority, buttressed by growing birth and Aliyah rates. Nothing is simple, but we need not fear taking the bold steps that are necessary; we have come to inherit our land!”

Dr. Martin Sherman, founder of the Israel Institute for Strategic Studies, former Tel Aviv University lecturer, and former ministerial adviser to Yitzhak Shamir’s government – said there is no choice but to compensate the Arab residents and have them take up residence elsewhere. “Ultimately, there can be only one sovereignty between the Jordan and the Mediterranean – and we’d better make sure it’s ours, not theirs.” Dr. Sherman elaborated that Arab self-rule won’t work, because they have no loyalty to the Israeli government overseeing the autonomy, and that granting full rights would also fail because “two peoples who do not share basic nationalist cultures can simply not live together over time.” Therefore, he concluded, “the only option that remains is compensation/evacuation,” a solution first proposed by the late Rabbi Meir Kahane, whose name was not mentioned at the conference.

Dr. Mordechai Kedar of Bar Ilan University, who was asked to speak on the expected Arab reaction to Israeli sovereignty, said, “They haven’t accepted the results of the War of Independence, do we expect them to accept the results of the Six Day War?” Both the Arab world and the international community, Dr. Kedar predicted, can be expected to react moderately to strongly to a declaration of Israeli sovereignty. Part of the solution, he suggested, lies in launching an Israeli satellite TV channel for the general worldwide public. “It would not cost more than $15 million a year,” he assessed.

Co-chairs Nadia Matar and Yehudit Katzover, as well as other speakers, emphasized that the recent report submitted by the Justice Edmond Levy committee, outlining the legal foundation for Jewish settlement in Yesha, must be adopted: “It must take its proper place in open governmental discourse, and action must be taken in accordance with it.” MK Eldad, in a not-subtle dig at the Jewish Home party, demanded that all future coalition partners resign from the next Netanyahu government if the Levi Report is not legislated into law within three months.

The Day Will Come! All the speakers agreed on two things: a Palestinian state would be catastrophic for the State of Israel and must be avoided at all costs, and the very fact of the conference and its success is a great step forward towards applying Jewish sovereignty over all of Israel. In the inspiring words of an unusually uplifting Latma musical skit produced especially for the Conference, “The day will come – it must come –  when only truth will be spoken, and all the world will say, without apology: This is Israel’s land – Israel’s!” 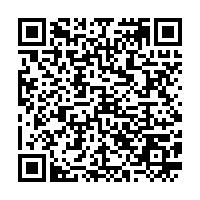