“Woe to those who call evil good and good evil, who put darkness for light and light for darkness, who put bitter for sweet and sweet for bitter” (Isaiah 5:20).

Whenever I think of these words spoken by the prophet Isaiah, I realize they are as relevant today as they were thousands of years ago. Apparently, human nature has not changed much over the millennia. In fact, it seems the current purveyors of evil have become even more sophisticated in perverting obvious truths.


Surely I am not the only person who gets angry, upset, and even physically distressed every time I read the latest lies spewed by the leaders of our “enlightened” world. Although I want to howl out profanities, I realize that would accomplish nothing but frighten my family and my neighbors, who might then call the police.

As a psychologist, I know that unrelenting stress and a sense of powerlessness are unhealthy. Consequently, I have often wondered about what one can do to try to find relief, besides just telling oneself not to think about it.

I have come to realize that a possible solution is to use laughter as a weapon to defuse our frustration and anger with the anti-Semitic lies so prevalent today.

Freud described humor as one of our healthiest defense mechanisms, and a beneficial way to deal with stress. He suggested we can transcend difficult situations by trying to make light of them .

Freud put that principle into practice. For example, when the Nazis came to power in Germany in 1933, they proceeded to burn thousands of books they deemed “un-German” – Freud’s writings among them. Freud reportedly quipped that the destruction of his scholarly works demonstrated how far civilization had progressed. “In the Middle Ages they would have burned me,” he said. “Now they are merely burning my books.”

Certainly humor can be applied to our current political situation, in which hypocrisy and lying abound. One of the main weapons employed by Islamic jihadists is fear, and nothing deflates fear as well as humor. This could be why jihadists in France attacked the offices of Charlie Hebdo, a humor magazine that poked fun at Muslim extremism. Evidently the terrorists were terrified of the humor and satire directed at them.

I recently read a story about a website that superimposed smiling rubber-ducky heads on pictures of ISIS fighters. Try a little experiment. Think about those ISIS propaganda photos of groups of tough-looking men carrying assorted weapons. They seem quite impressive and dangerous. Now visualize these ISIS fighters marching, but replace their faces with smiling rubber-ducky heads wearing children’s pointy party hats. They no longer seem so imposing. As a matter of fact, in our mind’s eye they look ridiculous.

Go one step further and replace their rifles and bazookas with balloons on a stick. Rather than instill fear, these pictures now evoke ridicule and laughter.

Recently, an Israeli news site reported that a satirical comedy skit on a Saudi-owned TV station led to riots around Beirut. What could have produced such an angry reaction? The skit was directed at Hizbullah leader Hassan Nasrallah and made light of his lisp. I am an avid reader of news stories but did not know the tough-talking Nasrallah has a lisp. Why is important information like this never mentioned in the “even-handed” articles about Hizbullah in The New York Times?

Furthermore, it is clear that God has a sense of humor. Think about it: this terrorist has a lisp and both of his names have the letter “s” in them. I imagine he was mercilessly teased by his childhood friends. Moreover, I ask myself why it is that when Nasrallah speaks to English-speaking audiences in Arabic, the interpreter always seems to have a deep, sonorous voice with a hint of an English accent? I believe it is only fair in the name of accuracy that the interpreter speak with a guttural accent and a lisp. As a matter of fact, I would find it gratifying to hear Nasrallah say his own full name.

Jihadists speak at length of the glory Islamic terrorists earn by becoming martyrs. That being so, I have often wondered why Hamas and Hizbullah leaders get so angry when one of their terrorists are eliminated by Israeli commandos. Should they not be grateful that Israel helped a faithful jihadist become a martyr? I would like to hear a simple “thank you” rather than yet another tirade about how Israel has opened the gates of hell.

I also find myself asking what should be an obvious question: If Nasrallah and Ismail Haniyeh, the head of Hamas, are so brave, why are they always in hiding? As good terrorists, do they not wish to risk death for their cause? I can imagine a reporter asking them why they display such cowardice by hiding, and even worse, sending woman and children to do their dirty work. As a good spinner of truth, I assume their response would be, “Me a coward? How dare you insult me! It is my greatest aspiration to be a martyr. I assure you I am not a coward. I am a gentleman. But where I come from we are taught, ‘Women and children first.’ ”

Ban Ki-moon, the secretary general of the UN, frequently accuses Israel of using “overwhelming force” when it defends itself. Interestingly, he travels with an armed security detail. Can we therefore assume that if a group of men were to attack Ban Ki-moon with baseball bats, he would forbid his bodyguards to use their guns? After all, would that not constitute overwhelming force? As the attackers approached, would he instruct his bodyguards to rush back to their car, get rid of their guns, and take out baseball bats so they could defend themselves fairly?

Speaking of the United Nations, the UN Commission on the Status of Women recently condemned just one country for violating the rights of women: Israel. I am sure the members of this commission checked and re-checked their facts, but just to be sure their findings are accurate, I would suggest they hold their next meeting in Iran, Pakistan, Saudi Arabia, Yemen, Libya, or any other Muslim country where apparently women are treated better than in Israel. Travel around the country with the female members of the commission wearing the style of clothing they wear in the U.S. or Europe and then write your next report – if you aren’t thrown into prison, flogged, or stoned to death first.

This Passover, when we recite “Shefoche Chamatecha” during the Seder, let us take an extra moment and think about the hypocritical lying Jew haters of the world who, as Isaiah wrote, “call evil good and good evil.”

May our Geulah come speedily.

Israelis Find Ways to Cope with the Stress of Rocket Fire

A Sit Down With Chad Prather – The Danger Zone [audio] 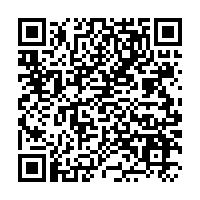