Thirty years ago this month, when Menachem Begin resigned as prime minister of Israel, he was a broken man.

Politically, the 1982 invasion of southern Lebanon to expel the PLO, followed by the horrific massacre perpetrated by the Lebanese Christian militia at the Sabra and Shatila refugee camps, had undermined his leadership and provoked the first massive antiwar protest movement in Israel’s history. Personally, the death of his beloved wife Aliza two months later plunged Begin into severe depression.


On September 15, after six tumultuous years as prime minister, Begin officially resigned, isolating himself in his home for nearly a decade until his death in 1992. His close aide Yehuda Avner recently recalled: “He just walked away and disappeared into mysterious seclusion, a man of silence, distant and withdrawn.”

Rejecting a state funeral, he had insisted on adherence to Jewish tradition: “No lying in state, no military guard of honor, no official delegations, not even eulogies – just a shroud.” He was buried in the ancient Mount of Olives cemetery in Jerusalem.

In death as in life, Menachem Begin remained who he had always been: a proud yet humble Jew.

The trajectory of Begin’s life and political career is well known. Descended on his mother’s side from a line of distinguished rabbis, Begin received his religious Zionist education in Brest-Litovsk, a city filled with synagogues, Zionist youth groups, and a rich Jewish culture. A devoted disciple of Revisionist leader Vladimir (Ze’ev) Jabotinsky, he led the militant Irgun in the valiant struggle for statehood after his arrival in Palestine in 1942.

Along the way, he incurred the wrath of David Ben-Gurion and his secular socialist followers for the bombing of British military command headquarters at the King David Hotel; the massacre of Arab villagers in Deir Yassin; and, above all, for bringing desperately needed military weapons and fighters on board the Altalena during the first month of the independence war. Despite Haganah collaboration in planning the military attacks, and Ben-Gurion’s explicit approval for the arrival of the ship (which he then ordered shelled and sunk in a tragic outburst of Jewish brothers at war), Begin was dispatched into political exile, where he remained for nearly thirty years.

The Six-Day War fulfilled ancient Jewish dreams and created new Israeli possibilities. On his first visit to the Western Wall in 1967, Begin recited a prayer that he had composed, concluding: “Today we stand before the Western Wall, the relic of the House of our Glory, in Jerusalem, the Redeemed…and from the depths of our hearts there arises the prayer that the Temple may be rebuilt speedily in our days.”

Ten years later, on the election night when he finally became prime minister, Begin wore a kippah and recited Psalms as he faced exultant supporters. After he was asked to form a new government he visited Rabbi Tzvi Yehuda Kook, spiritual leader of the nascent settlement movement in Judea and Samaria, to receive his blessing before going to pray at the Western Wall. The new prime minister bowed in a gesture of respect with evident political overtones. “I felt that my heart was bursting within me,” said one of Rabbi Kook’s students who witnessed the momentous encounter.

When Begin assumed the reins of leadership from Yitzhak Rabin, the new prime minister confessed: “I have the feeling of the chazzan on the High Holy Days when he stands alone before the Holy Ark and he appeals to the Almighty in the name of the whole congregation, and he says to God, ‘I have come to plead before you on behalf of your people, Israel, who have made me their messenger, even though I am unworthy of the task. Therefore, I beseech you, O Lord, make my mission successful.’ ” From the back of the room someone called out “Amen!” Begin responded: “Ken yehi ratzon.”

In his inaugural speech as prime minister to the Knesset he boldly proclaimed: “There are those who question our right to our ancient homeland, and even our right to exist within its sacred boundaries. How dare they?… Let the world know that we were granted our right to exist by the God of our fathers at the glimmer of the dawn of human civilization 4,000 years ago. The Jewish people have a historic, eternal and inalienable right to the whole of the land of our forefathers.”

Subsequently asked by The New York Times whether he intended to annex the West Bank, he responded sharply: “You annex foreign territories, not your own country whose territories have been liberated. A Jew has every right to settle in the liberated territories of our Jewish homeland.”

Begin made a point of visiting Elon Moreh, the site of two years of unrelenting struggle to establish the first settlement in Samaria, in the biblical place where God had told Abraham: “To your descendants will I give this land” (Genesis 12:6). Standing between Rabbi Moshe Levinger, the founding father of the settlement movement, and Agriculture Minister Ariel Sharon, who would soon seed Judea and Samaria with new communities, Begin held a Torah scroll and declared that there would be “many more Elon Morehs.” So there were.

Addressing his Labor Zionist opponents in the Knesset, he had asked: “Settlement. . .almost 100 years ago, in areas of the Land of Israel populated by Arabs and sometimes solely by Arabs – was it moral or immoral? Permitted or forbidden?. . .If that decision was moral, and we all boast of 100 years of settlement, then today’s settlement. . .is moral. Or do you have a double standard?”

Begin’s courageous decision to authorize the bombing of Iraq’s nuclear facilities at Osirak displayed his unyielding determination to save the Jewish people from another Holocaust. Begin knew the consequences of appeasement all too painfully from his family’s experiences in wartime Poland, where his parents and brother were murdered. Yet he also was a peacemaker, sharing the Nobel Prize with Egyptian president Anwar Sadat for the breakthrough agreement that ended thirty years of Israeli encirclement by hostile Arab states dedicated to its annihilation.

On the first day of his official visit to the United States to meet with President Jimmy Carter, Begin first met with Rabbi Joseph B. Soloveitchik, head of the Yeshiva University rabbinical seminary, and the Lubavitcher Rebbe. Refusing to negotiate the future of Jerusalem, he reminded the president of Psalm 137: “If I forget thee, O Jerusalem. . .“

Menachem Begin was Israel’s first, and until now only, self-consciously and proudly Jewish prime minister. None before or since has spoken the language of Judaism, observed Jewish ritual, or supported the right of Jews to inhabit their biblical homeland as Begin did. His instant response to the success of the highly risky Osirak bombing mission was “Baruch Hashem.” Addressing a tank crew near Nablus, he reminded them that the IDF must live by “a Jewish code of ethics…. We shall, with the help of the Almighty, vanquish those who seek our destruction.” Asked whether he believed in “Elokei Yisrael, the God of Israel,” he responded: “The answer is a categorical yes.” Begin conceded: “I’m obsessed with hadar – national dignity and Jewish honor.”

In his Saturday evening Bible study group with Nechama Leibowitz, Harold Fisch and other religious scholars, Begin delighted in explicating the meaning of “a people that dwells alone.” Demanding the Shabbat shutdown of El Al, he responded to Knesset hecklers on the left: “Let me tell you something, my dear socialist friends: Shabbat enshrines a social-ethical principle without peer. Shabbat is one of the loftiest values in all humanity. It originated with us, the Jews. It is all ours. . . . One nation alone sanctified the Shabbat, a small nation, the nation that heard the voice at Sinai.”

When Begin became prime minister in May 1977, Time magazine memorably – and despicably – instructed readers: “Begin rhymes with Fagin” – the iconic loathsome Jew in Dickens’s Oliver Twist. He was excoriated by Israelis on the political left and by foreigners who despised the Jewish state. American Jews were frightened of guilt by association with an Israeli prime minister who did not resemble their beloved Franklin D. Roosevelt. Begin, after all, was the Israeli pariah who challenged their Diaspora conceit that New Deal liberalism was the updated version of ancient Hebrew prophecy.

Some years later, when a reporter asked Begin how he would like to be remembered, he responded: “As a decent human being, and a proud Jew.” He understood what still eludes a majority of Israeli and Diaspora Jews: the unity of religion and nationalism, Judaism and Zionism. His unyielding determination to unite the State of Israel with the Land of Israel earned Menachem Begin his unique place of distinction in Jewish and Israeli history. 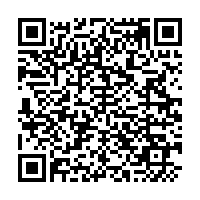