Former Peruvian President Alejandro Toledo will not be allowed to enter the State of Israel, according to the Foreign Ministry.

Toledo is wanted in connection with an investigation for bribery charges, and a judge in Peru issued an international warrant for his arrest last Thursday after he failed to turn himself in to authorities.


Israel does not have an extradition treaty with Peru.

However, in 2013 the Jewish State was able to extradite and arrest a former judge and director at the Israel Electric Company from Peru on allegations of having received millions of dollars in bribes.

The Population and Immigration Authority announced Sunday evening that “Alejandro Toledo will be allowed to enter Israel only when he settles his affairs in Peru.

The former president, whose wife is an Israeli citizen, has denied wrongdoing and has not yet been charged or convicted of any crimes.

Interpol issued a “red alert” to its 190 member countries, but Toledo did not appear on its list of “wanted” persons, according to Reuters. 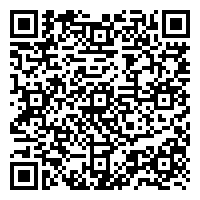