Political pundits have been calling out White, uneducated old men as racists and the sole fringe backers of Republican candidates.  They suggest that women, minorities and the young are much more balanced and thoughtful in their choice of political preference and affiliation.

They are lying to you.

Look at the actual numbers from the 2012 election:

By Gender:  Men split for Romney by 52%/45% (7 point difference), while women voted for Obama by 55/44 (11 point difference). Men were more balanced than women in considering their candidate.

The most unbalanced group in the 2012 election were uneducated young single black women, who almost exclusively voting for Obama.  The most evenly split group were older, working, married white men with some college education, who split very evenly for the two candidates.

But the liberal press continued along a narrative that old racist white men are the last holdouts for the Republican party.  They make it sound that there aren’t real and legitimate policy differences between Democrats and Republicans – just people that are progressive-thinking and those that are racists.

This characterization started in earnest in 2008, when Barack Obama was running for president.  He said that some people “get bitter, they cling to guns or religion or antipathy to people who aren’t like them or anti-immigrant sentiment or anti-trade sentiment as a way to explain their frustrations.” In July 2016, Democrat Nancy Pelosi continued the same white male-bashing theme that “non-college-educated white males have voted Republican. They voted against their own economic interests because of guns, because of gays, and because of God, the three G’s, God being the woman’s right to choose.”

Liberals paint all white men in a monolithic camp, even though they are actually the only demographic that doesn’t have a knee-jerk reaction to vote in a simplified and unified manner.  If Republicans would speak about single African-Americans in such a fashion (and there is statistical reason to do so), there would be a loud uproar.

Liberals biased treatment of white men is a gross disservice to genuine debate about how to govern and put in place policies that serve all Americans. In the 2016 election, where the candidates have only exchanged barbs about being “fit to serve,” the American people have truly been robbed of thoughtful discussion of important issues.

White House Official: Two-State Solution Not a Must 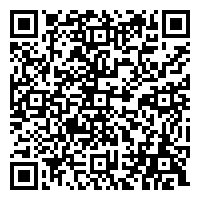