The Sejm, the lower house of the Polish parliament, has a Jewish problem.

In a painful affront to the Jewish community, it recently defeated a government initiative to reinstate the legality of kosher slaughter of animals. This prompted Poland’s chief rabbi, Michael Schudrich, to threaten resignation and triggered sharp criticism of the Sejm from Jewish communities in Poland and around the world.


What happens in Poland regarding Jews has special significance because of the Holocaust. More than 90 percent of the country’s three and a half million Jews were killed during the Nazi occupation. Poland began legislating against kosher slaughter in 1936, and once the Germans occupied the country three years later, the practice was banned entirely.

Since the fall of the communist regime in 1989, however, Jewish life in Poland has undergone a remarkable, and previously unimaginable, renaissance. Full recognition of the rights of Jews to practice their faith – including kosher slaughter – was enshrined in an agreement the government signed with the Jewish community in 2004.

Indeed, Polish Foreign Minister Radoslaw Sikorski, addressing an overflow crowd at the American Jewish Committee’s Global Forum in Washington several weeks ago, declared it was his country’s responsibility to ensure “that today’s Jewish community in Poland is safe, welcome and respected.”

He honored Poland’s Jewish community “not just for how it died, but for how it lives, and how it is coming back to life.”

When legislation was adopted a few years ago mandating the use of electronic stunning equipment before an animal is killed – a practice prohibited under Jewish law –the Jewish community was granted an administrative exemption. In January, however, a court ruled the exemption unconstitutional. Alleged violations of animal rights trumped age-old Jewish religious practice.

Prime Minister Donald Tusk’s government framed legislation to override the court decision. What should have been a fairly easy corrective measure was instead defeated on July 12 by a vote of 222 to 178, leaving in place the judicial ban.

Thirty-eight Sejm members representing Tusk’s ruling Civic Platform party joined with the opposition in voting to outlaw ritual slaughter. In Poland, this was viewed as a major victory for animal rights advocates, as their views prevailed against the nation’s farmers and meatpackers, who had developed a lively business exporting kosher and halal meat to Israel and Muslim countries.

Jews, however, see matters quite differently. From their perspective, the Sejm’s action stigmatizing kosher slaughter as inhumane blatantly contradicts Foreign Minister Sikorski’s pledge to make Jews “safe, welcome and respected.” They point out that kosher slaughter, whereby the animal is rendered immediately unconscious by severing the carotid artery, is humane, and that the continued legality of hunting in Poland, which results in far greater and more indiscriminate pain to animals, suggests there may in fact be another, unstated reason for outlawing kosher slaughter: anti-Semitism.

In the wake of the Sejm vote, pejorative comments about Jews in some of the Polish media and online give some credence to these fears.

Unfortunately, it is not an isolated incident. The situation for European Jews looks even grimmer in a broader context. Just a few months ago, a similar scenario unfolded in Germany when a court banned ritual circumcision, another fundamental element of the Jewish religion, on the grounds that it mutilated children without their consent. There, too, anti-Semitic motivation was not hard to discern in certain quarters amid the talk about physiological and psychological harm.

Fortunately, Chancellor Angela Merkel navigated a bill through the German parliament overruling the court and reestablishing the religious freedom of Jews to continue an age-old tradition of their faith. Whether Poland will successfully follow her example and push through a law guaranteeing the right to kosher slaughter remains to be seen.

Such attacks on Jewish religious practice, in fact, constitute just one front in a wider struggle over the future of Jewish life in Europe. Anti-Semitic incidents are on the rise, increasing by 30 percent between 2011 and 2012. In France, there was an astounding 58 percent jump over that same period, including the targeted murder last year of four Jews, three of them small children, in Toulouse.

Vocally anti-Semitic political parties are represented in the Greek and Hungarian parliaments and are gaining power on the local and regional levels in other countries. Public opinion polls show alarmingly high levels of anti-Semitic attitudes. Demonization of Israel in the media and among some intelligentsia is often indistinguishable from Jew-baiting. No wonder that opinion surveys point to a striking number of European Jews contemplating emigration. 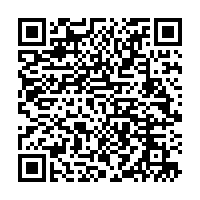