Senator Robert Byrd, Democrat of West Virginia, died recently. The other day I saw a clip of him singing “Amazing Grace.” The sincerity in his voice was unmistakable. And why not? That hymn is his only saving grace. For Byrd found his faith in the Baptist church, which teaches that all sin can be washed away “in the blood of Christ.” It is divine grace and not good works that rights the wrongs perpetrated against one’s fellow human beings.

In the early 1940s Byrd brought together a number of his friends to form a chapter – a klavern – of the Ku Klux Klan. He solicited from each of them $10 for membership and $3 for a robe and hood. The grand dragon for the Mid-Atlantic States region came to Byrd’s community to officially open the chapter. Byrd was elected the so-called exalted cyclops of his Klavern.

Byrd said that at the time he viewed the Klan as merely a fraternal group of “understanding people” – doctors, lawyers clergy – who never preached violence or prejudice against blacks, Catholics or Jews.

He was partially correct. The KKK was composed of ignorant, racist and bigoted individuals. But, as Byrd stated, it included among its ranks many doctors, lawyers, clergy and judges. Its influence was felt everywhere.

The Klan’s control of nearly every aspect of Southern society was frightening. The Klan exchanged the lash of slavery for the hangman’s rope. Its burning crosses meant torture, death, and the destruction of black homes and churches. Advertisement

In 1948 Byrd wrote to the notoriously segregationist Theodore Bilbo, a Democratic senator from Mississippi, regarding President Truman’s desire to integrate the American military. Byrd said he would never fight in the armed forces “with a Negro by my side. Rather I should die a thousand times, and see Old Glory trampled in the dirt never to rise again than to see this beloved land of ours become degraded by race mongrels.”

Yes, I do understand why “Amazing Grace” was Byrd’s favorite hymn.

Shortly after Byrd’s death I was visiting a relative at Skokie Hospital and noticed that CNN was broadcasting from the Senate chambers. There, lying in state, was the former exalted cyclops himself.

Frankly, I was sickened. The uneasy feeling worsened the very next day as I watched President Obama, of all people, eulogizing Byrd, stating that while Byrd began as a racist, he repented and became a supporter of the civil rights movement.

What really happened, of course, was that Byrd saw the handwriting on the wall. Ever the wily politician, he understood that if he didn’t get on the civil-rights bandwagon his career would be over. Do you really believe a man who in 1948 wouldn’t serve in a fox hole with “race mongrels” suddenly decided he desired to eat in the same restaurant, send his children to the same school and swim in the same pool with “race mongrels” – i.e., African-Americans?

Suffering is not the unique property of the Jew. The story of slavery and segregation in the United States is one that we as Americans and as Jews should never forget. The death, pain, violence and torture – the absolute dehumanization visited upon innocent individuals of color – is something we Jews should empathize with.

We Jews sought out for punishment those who played a role in the Final Solution. It didn’t matter whether it was a mere pencil pusher or a guard in a concentration camp who regularly beat and tortured Jewish inmates – for us, all were guilty and deserved retribution for their crimes.

What retribution did that former exalted cyclops and kleagle (recruitment officer) of the KKK, Robert Byrd, receive for his active involvement in that demonic organization? In life he enjoyed the singular privilege of being a U.S. senator – for half a century! – and in death was granted the honor of lying in state in the sacred chamber of the Senate, eulogized by the president of the United States. To call it disgraceful would be an understatement. 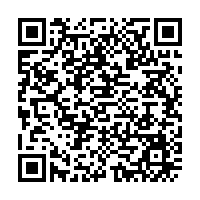