Oriana Fallaci, the Italian journalist who late in life did a profound about-face – going from leftist supporter of revolutionary movements to resolute defender of the West and vocal opponent of Islamic fundamentalism – died ten years ago this week in Florence.

The 77-year-old Fallaci had been battling cancer for years, but her illness had no discernable effect on her legendary combativeness – which after 9/11 was directed almost exclusively at what she described in vivid, often angry, prose as the threat posed by radical Islam to Western values and the suicidal indifference to that threat on the part of Western elites, particularly those in Europe.


Fallaci was always a fighter; raised in an anti-Fascist family, her father was a leader in the underground battle against Mussolini and she herself was involved at a young age in the Resistance. Although for decades as a journalist her worldview was decidedly left wing and shot through with an abiding cynicism toward the U.S., her thinking underwent a swift evolution with the rise of jihadism.

Her book The Rage and the Pride, published in Italy just months after the 9/11 attacks and in the U.S. in September 2002, unabashedly celebrated the United States as a bastion of freedom even as it acknowledged the country’s “flaws and mistakes and faults.”

In a follow-up book, The Force of Reason, published in the U.S. a few months before she passed away, she detailed the legal attacks – Muslim groups in France and Italy filed lawsuits against her and called for a ban of The Rage and the Pride while the Swiss government asked that she be extradited to stand trial for incitement – and the death threats that had come her way since she’d begun writing on Islam.

In The Force of Reason she stated that Islam “sows hatred in place of love and slavery in place of freedom” – a choice of words that reflected the tone of her writing in her final years and that led critics to slam her for what they said was a blanket condemnation of all Muslims.

Although Fallaci was for decades decidedly pro-Palestinian, she painted a wholly unflattering picture of Yasir Arafat after interviewing him in 1972.

“He was…five feet three, I’d say. And even his hands were small, even his feet. Too small, you thought, to sustain his fat legs and his massive trunk, with its huge hips and swollen, obese stomach.”

When he spoke, “His voice had a kind of funny whistle in it. And something feminine.”

But when Arafat got angry, “his soft voice becomes a loud one, his eyes become pools of hatred, and he looks as though he would like to tear you to pieces along with all his enemies.”

Fallaci: But what does Palestine mean?…The Turks were here, before the British Mandate and Israel. So what are the geographical borders of Palestine?

Arafat:…. From an Arab point of view, one doesn’t speak of borders; Palestine is a small dot in the great Arabic ocean. And our nation is the Arab one, it is a nation extending from the Atlantic to the Red Sea and beyond….

When Fallaci continued to press him on the matter of borders, a flustered Arafat reiterated: “I repeat that borders have no importance. Arab unity is important, that’s all.”

In April 2002, Fallaci publicly repudiated her longtime (and largely uncritical and unquestioning) support for the Palestinian cause in a scorching essay on anti-Semitism.

As the journalist Ruth Ellen Gruber described it, “Repeating over and over the assertion ‘I find it shameful,’ Fallaci unleashed a brutal indictment of Italy, Italians, the Catholic church, the left wing, the media, politically correct pacifists and Europeans in general for abandoning Israel and fomenting a new wave of anti-Semitism linked to the Mideast crisis.”

In Fallaci’s memorable words, she was “disgusted with the anti-Semitism of many Italians, of many Europeans” and “ashamed of this shame that dishonors my country and Europe.”

“I find it shameful,” she wrote, “and I see in all this the resurgence of a new fascism, a new Nazism.”

Acknowledging that in the past “I fought often, and bitterly, with the Israelis, and I defended the Palestinians a lot – maybe more than they deserved,” Fallaci was characteristically unambiguous about where she now stood:

“…I stand with Israel, I stand with the Jews,” she wrote. “I defend their right to exist, to defend themselves, and not to allow themselves to be exterminated a second time.”

In an interview published shortly before her death, Fallaci drew the battle lines for what she viewed as an escalating war between the West and an enemy all too similar to the Fascists her family fought in the 1930s and ‘40s.

“I am convinced,” she told The New Yorker’s Margaret Talbot, “that the situation is politically substantially the same as in 1938, with the pact in Munich, when England and France did not understand a thing.

“Islamism is the new Nazi-Fascism. With Nazi-Fascism, no compromise is possible. No hypocritical tolerance. And those who do not understand this simple reality are feeding the suicide of the West.”

The Election And Hashem’s Master Plan 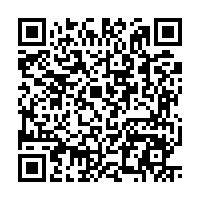