A few years ago “Rabbi” Eric Yoffie, a Reform clergyman spoke at an Islamic Society of North America convention, an anti-Semitic Muslim Brotherhood organization that supported Hamas, and denounced Dennis Prager for criticizing the Koran.

There exists in this country among all Americans — whether Jews, Christians, or non-believers — a huge and profound ignorance about Islam. It is not that stories about Islam are missing from our media; there is no shortage of voices prepared to tell us that fanaticism and intolerance are fundamental to Islamic religion, and that violence and even suicide bombing have deep Koranic roots. There is no lack of so-called experts who are eager to seize on any troubling statement by any Muslim thinker and pin it on Islam as a whole. Thus, it has been far too easy to spread the image of Islam as enemy, as terrorist, as the frightening unknown.

How did this happen?

How did it happen that Christian fundamentalists, such as Pat Robertson and Franklin Graham, make vicious and public attacks against your religious tradition?

How did it happen that when a Muslim congressman takes his oath of office while holding the Koran, Dennis Prager suggests that the congressman is more dangerous to America than the terrorists of 9/11?

Mr. Yoffie knows what the real source of terrorism is. The Bible. And the Jews.

Referring to the Torah, the Jewish bible, Eric Yoffie wrote,

Then Eric Yoffie puts on his best pair of jackboots and demands that Jewish religious schools be closed. “If a single yeshiva student is implicated in terrorist activities, the yeshiva must be closed.”

Maybe Yoffie would care to set up some sort of organization for the purpose of closing Jewish schools and synagogues he politically opposes. The Communists had a group like that called the Yevsektsia. The left’s real endgame is outlawing religion. They will, if necessary, pretend to be Rabbis and even run organizations they call synagogues, but their endgame is a war on religion.

Does Mr. Yoffie propose closing any mosques whose member commits an act of terrorism? Somehow I doubt it. The mosque and the Koran are sacred. The Bible, to bigots like Eric Yoffie, is hateful.

This proposal comes from the same cretin who responded to Burn-a-Koran Day with shock and horror. “We can scarcely find words to express our revulsion at the Dove World Outreach Center’s “Burn a Koran Day,” scheduled for September 11. Only those whose minds have been tainted by evil and acrimony would undertake to organize a sacrilegious event such as this and to do so in the name of God and religious piety.”

They proposed burning the Koran. That’s terrible. Now if they burned the Torah, Eric Yoffie would be gleefully tossing armfuls of bibles into the flames while cackling with glee.

But Christians shouldn’t feel left out. Eric Yoffie hates you almost as much as he hates Jews.

Rabbi Eric Yoffie, president of the liberal Union for Reform Judaism, said “religious right” leaders believe “unless you attend my church, accept my God and study my sacred text you cannot be a moral person.”

“What could be more bigoted than to claim that you have a monopoly on God?” he said during the movement’s national assembly in Houston, which runs through Sunday.

Claiming that anyone who disagrees with you is a bigot who should be locked up?

Yoffie did not mention evangelical Christians directly, using the term “religious right” instead. In a separate interview, he said the phrase encompassed conservative activists of all faiths, including within the Jewish community.

“We cannot forget that when Hitler came to power in 1933, one of the first things that he did was ban gay organizations,” Yoffie said. “Yes, we can disagree about gay marriage. But there is no excuse for hateful rhetoric that fuels the hellfires of anti-gay bigotry.”

And if there’s one thing Eric Yoffie is an expert on, it’s hateful rhetoric.

While Herr Yoffie might disagree with Hitler on banning gay groups, both anti-Semites are on the same page when it comes to banning yeshivas. 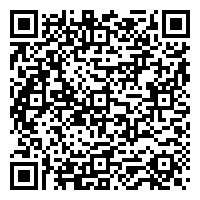