This morning I got an email from an American correspondent asking what are the arguments for the legitimacy of Israeli communities (not ‘settlements’) across the Green Line, including all of Jerusalem. When I responded, I realized that although I have written about this before, it needs to be repeated – and repeated, because in this case the truth is a minority opinion. So here is a slightly more complete version of my answer:

The Jewish people have a legal, historical and moral right to live anywhere in the land between the Jordan and the Mediterranean; and the only sovereign power in this region is Israel, the state of the Jewish people. Here is why:

From a legal point of view, the land was originally a part of the Ottoman Empire, which ceased to exist at the end of WWI. “Palestine” was set aside for the Jewish people by the Palestine Mandate, which was supposed to be administered for their benefit by Britain, which then tried to subvert it for its own interests. It’s clear that while the intent of the Mandate was that all residents would have civil rights, rights to a “national home” were reserved for the Jewish people, who were also explicitly granted the right of “close settlement on the land”. This was affirmed for all the land from the river to the sea by the representatives of the international community in 1923.

The partition resolution of November 1947 (UNGA 181) was non-binding – a recommendation for a permanent settlement after the end of the Mandate. But it was never implemented. In 1948, the Arabs rejected the UN’s partition resolution and invaded the territory of the former Mandate, blatantly violating  the UN Charter in an attempt to acquire the territory for themselves. The 1949 ceasefire agreement that ended hostilities was not a peace agreement, and both sides insisted that that the ceasefire lines were not political boundaries. Their only significance was to mark the locations of the armies when the shooting stopped.

The 19-year Jordanian annexation of the territory it controlled that followed was illegal, only recognized by Britain (and maybe Pakistan). This occupation did not change the status of the land in any way.

The state of Israel was declared in 1948 and recognized by numerous other states. But what were its borders? Certainly not the armistice lines and not the recommendations of the partition resolution. However, legal scholars Eugene Kontorovich and Avi Bell recently provided a clear answer:

Israel’s borders and territorial scope are a source of seemingly endless debate. Remarkably, despite the intensity of the debates, little attention has been paid to relevance of the doctrine of uti possidetis juris to resolving legal aspects of the border dispute. Uti possidetis juris is widely acknowledged as the doctrine of customary international law that is central to determining territorial sovereignty in the era of decolonization. The doctrine provides that emerging states presumptively inherit their pre-independence administrative boundaries.

Applied to the case of Israel, uti possidetis juris would dictate that Israel inherit the boundaries of the Mandate of Palestine as they existed in May, 1948. The doctrine would thus support Israeli claims to any or all of the currently hotly disputed areas of Jerusalem (including East Jerusalem), the West Bank, and even potentially the Gaza Strip (though not the Golan Heights)

Israel’s practical acquisition of sovereignty over all the land in 1967 is thus entirely legitimate. And since Israel did not occupy land belonging to any other sovereign power, it is incorrect to refer to Judea and Samaria as “occupied territory.” Naftali Bennett’s statement that “you can’t occupy your own land” is precisely correct.

Article 49 of the 4th Geneva convention, the usual justification for saying that settlements are illegal only applies to occupied territory, which Judea and Samaria are not. But even if they were occupied territory, the intent of article 49 was to prevent forcible transfer of a population the way the Nazis sent German Jews to occupied Poland, not people moving of their own free will.

From a historical point of view, the Palestinians claim that they lived here for generations and European Jews came and displaced them. But in fact all but a few ‘Palestinians’ are descended from Arabs who migrated to the area for economic reasons after the advent of Zionism, and even fewer arrived before the invasion by Muhammad Ali in the 1830s. The Jewish connection to the land doesn’t need further explication. Judea and Samaria, in fact, represent the biblical heartland of the Jewish people, where its history took place and where its holy places are located. If there is any part of the land of Israel that should belong to the Jewish people, it is Judea (including Jerusalem) and Samaria.

From a moral point of view, the Palestinians have had criminal leaders that have relied on war and  terrorism to achieve their goals. Haj Amin al-Husseini started several pogroms in pre-state Palestine, and then collaborated with Hitler in his attempt to bring the Holocaust to the Middle East. Yasser Arafat and the PLO popularized airline (and other) hijacking to blackmail nations into supporting his goals, and was responsible for at least one major regional war (Lebanon 1982) and countless massacres and terror attacks against Israel and other nations. Hamas explicitly calls for genocide against Jews and is guilty of numerous war crimes. Palestinians have refused territorial compromises when offered and have started several wars against Israel (1947, second intifada, Hamas wars). Why should they be allowed to benefit from these actions?

Jerusalem. One interesting additional issue is the insistence of the US State Department that no part of Jerusalem, eastern or western, belongs to Israel. The 1947 partition resolution called for Jerusalem to be under international control. But as I noted, the resolution was only advisory and was never implemented. The Mandate did not give any special status to Jerusalem. The State Department’s insistence on this point is inconsistent, given that it appears to agree that Acco and Nazareth, which were to be parts of the Arab state proposed in 1947, are currently parts of Israel. It is also indefensible. And the deliberate vehemence with which the Obama Administration has pressed this view is irrational, insulting and clearly anti-Zionist.

I hope the information in this post will be helpful to my correspondent, and to others as well. I’ll add that nothing would make me happier than to hear the Government of Israel make an unambiguous declaration of sovereignty over Judea and Samaria, as is our legal, historical and moral right. 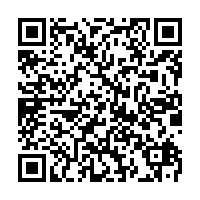