It’s official: U.S. President-elect Donald Trump announced Tuesday morning that he has chosen to nominate ExxonMobile Chairman and CEO Rex Tillerson of Texas as his Secretary of State.

Tillerson may face a rough ride during his Senate confirmation hearings, particularly with questions from GOP Senators Marco Rubio and John McCain, both of whom expressed reservations about his friendship with Russian President Vladimir Putin.


Trump has no qualms, however, and in a statement released Tuesday morning by his transition team, hailed Tillerson as being “among the most accomplished business leaders and international deal makers in the world.

“His tenacity, broad experience and deep understanding of geopolitics make him an excellent choice for secretary of state,” the statement continued. “He will promote regional stability and focus on the core national security interests of the United States.”

On Twitter, he added that the thing he liked best about Rex Tillerson was that “he has vast experience at dealing successfully with all types of foreign governments.”

That is certainly true: ExxonMobile has operated in at least 50 countries worldwide, and Tillerson was at the helm for several decades, making those deals. He also was unafraid of challenging Venezuela’s Hugo Chavez when he nationalized foreign-owned energy operations in the country, winning a major compensation package in the international court.

The question most likely to be raised in hearings has to do a potential conflict of interest due to his relationship with the Kremlin and Vladimir Putin: Tillerson is a recipient of the Russian Federation’s Order of Friendship. 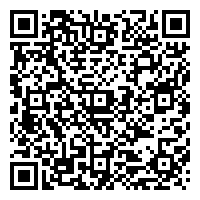