All responsible leaders in our community have roundly condemned the recent violence in Beit Shemesh and Meah Shearim. Even the Eida HaCharedis, which is the umbrella group of the anti-Zionist Yerushalmi kehilla, criticized the actions of the “Sirikim” (zealots) who are generating much of the mayhem, stating that they are a radical fringe group of several dozen radical families.

What is becoming increasingly apparent from reviewing posts on Jewish blogs and the hundreds of e-mails I’ve received over the past few days is that there is a huge divide between those who decry the violence in unequivocal terms and those who offer mitigating circumstances to fully or partially explain the poor behavior.


Since I began writing columns for The Jewish Press promoting tolerance and decrying violence of any kind, many people have told me, “You are American; you just don’t understand what battles haredi Israelis face with the secular Jews.”

Well, it is my tefillah that we never come to think that violence under any circumstance is acceptable. We can neither condone it nor justify it – in the same way we would never excuse murder or child abuse. Violence hurts the victims, but far worse, it corrupts the souls of the perpetrators.

Thirty years of dealing with teens at risk and families in crisis gives one a pretty good feel for which families will emerge whole from the challenges that compelled them to seek help. One of the greatest predictors of success is the attitude of family members. In the initial meeting, those who say things like “We all made mistakes and we are committed to working things out,” almost always get through their crisis. But folks who fail to look inward and say things like “We raised three perfect children and the fourth one is ruining our lives,” will rarely see improvement until their attitude changes.

We are doing ourselves and our children a terrible disservice – and will be sowing the bitter seeds of future episodes like the ones that have been making headlines in Israel – if we avoid the grueling introspection and cheshbon hanefesh that a crisis of this magnitude requires, and instead blame all the mayhem on the secular press and the ongoing struggle between the secular and haredi communities.

In a magazine interview a while back, Rabbi Shmuel Papenheim, a former spokesperson for the Eidah, lamented that the elders of his kehilla have no control over the Sirikim.

What was most striking, however, was the feeling one got from reading the article that in his view the evolution of the Sirikim into such a destructive force was a natural disaster like an earthquake rather than an inevitable outgrowth of tolerating violence under certain circumstances.

The Sifri (Midrashic commentary) in Devarim (343) notes that when Hashem revealed Himself to give the Torah, He first went to the children of Eisav and asked them if they would accept it. They replied that they could not do so because the Torah says, “You shall not murder,” and Eisav’s father Yitzchak gave him the blessing of “Al charbicha tichyeh,” by your sword shall you live (Bereishis 27:40).

Our great rebbi, Rav Avrohom Pam, zt”l, who lived every moment of his life pursuing peace and harmony, asked, “How can we possibly think Yitzchak blessed his son Eisav that he be successful in killing people?”

Rebbi explained that Yitzchak’s blessing was for Eisav to “live by the sword” by effectively hunting and by defending himself when attacked in battle. However, since his daily bread came through bloodshed, he and his children became desensitized to killing to the point where it would be inconceivable for them to accept a Torah that forbid the taking of human life.

If the “blessed” actions of Eisav had such a corrosive effect on him and his family members, how much more so is the moral compass of children shredded by listening to adults speak about others in hateful terms, or even worse watching them engaging in violence for “good” causes.

Truth be told, we all need to improve how we get along with those who come from different backgrounds. Upon the advice of a reader, I opened a thread on our website (www.kosherjewishparenting.com; see “Increasing K’vod Shamayim”) inviting people to make suggestions on what we can do to help mitigate the terrible chillul Hashem and to help raise more tolerant and respectful children. We invite you to join the dialogue and hope it will continue to help us all raise more tolerant children steeped in genuine ahavas Yisrael.

Earlier this week I shared a beautiful insight from Rabbi Yaakov Kaminetsky, zt”l, with my talmidim in Yeshiva Darchei Noam that might be appropriate for us to use as a springboard for discussion with our children and grandchildren this Shabbos.

The final charge of Yaakov Avinu to his gathered sons, as recorded in this week’s parshah, is referred to as the Birchos (blessings of) Yaakov – even though many of them seem to be describing attributes of his children rather than blessings. Reb Yaakov suggests that the greatest blessing and gift a parent can give his or her children is to explain to them their unique strengths and weaknesses – treating them as individuals and celebrating their diversity. 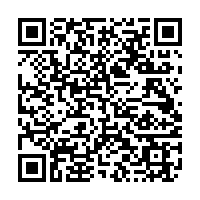