Why are some people in the Jewish world so convinced that a victory by Mitt Romney is good for Israel? I am not sure who is good for the future of America, but it might be that the pro-Romney crowd has it backwards when it comes to choosing the US presidential candidate who is best for Israel.

Under President Obama, Israel has not been forced, in any meaningful way, to cede land at a negotiation table. President Obama’s demands to begin such negotiations with the premise that a Palestinian state is to rise on all the land liberated from Jordanian occupation in the Six Day War have been so outlandish and obviously biased that it has been easy for Prime Minister Netanyahu to say no. This fierce policy debate has also lead to a palpable enmity between the two leaders.

Now, while our PM is a doing great job standing up to bad suggestions this round, that was not always the case. Remember the Wye Accords and the Hebron hills giveaway? Given more “friendly pressure” Bibi has a tendency to fold so, ironically, Obama’s “unfriendly pressure” is good for Netanyahu and makes him act and look strong.

Whether the lack of progress on the old ‘peace process’ is a good thing depends on what end goal one favors. I prefer to see Israel continue to move away from the ‘Two-State’ concept both in reality on the ground and in incremental policy steps. Eventually, this will make Israel’s assertion of sovereignty over its ancestral lands a natural step forward and finally end the dark and bloody age of the land giveaway. Those who have made careers from the ‘peace process’ will not give it up until they retire on lucrative pensions, but already some of the intellectual elite on the both the pro-Arab and Jewish nationalists sides, have come to the conclusion that the ‘Two-State’ concept is untenable and that a new paradigm is needed.

And while President Obama and PM Netanyahu continue to bicker, the ‘Two-State’ concept continues to fade. Why not keep it that way?

The current administration loves to say that there is “No Daylight” between Israel and the US. Now there’s a heap of diplo-jargon balderdash. For a long time, US foreign policy (not just Obama’s) has been miles apart from Israel on important issues like American non-recognition of Jerusalem as Israel’s capital, America’s cruel and unusual punishment for Pollard, and America’s billion dollar a year sponsorship of a treacherous Fatah and murderous Hamas. So what’s wrong with little daylight? A little distance from bad State Department policy is a good thing.

But until now we have not had daylight. We Israelis love to be loved by something bigger than us and therefore we want America to embrace us, even if it means ‘No-Daylight’ smothering. For too long Israel has been treated, and at times even sees itself, as a puppet state, banana republic or a 51st state, quietly accepting bad US policy as unchangeable reality.

Recently, the mass campaign for Israelis with US citizenship to vote in the US elections (IVoteIsrael.com) has taken Fifty-First Statism to a logical extreme. We are being asked to vote in US elections to affect Israel’s national destiny through actions of the American government. Not surprisingly, the whole IVoteIsrael effort is focused on trying to help get Mitt Romney into office, unofficially, of course. And it makes sense that this group of Jews is pushing so hard to get Romney in: Obama scares them to the core of their being as he shaking the fundamental pillar of their world outlook, namely, US and Israeli closeness. Romney, on the other hand, allays their fears by hitting all the bumpers on the ‘Special Relationship’ talking points.

Too bad that it’s all a bluff. Romney’s policies will include a push to shrink Israel’s borders, he will not recognize Jerusalem as Israel’s capital, he will not release Pollard, he will keep funding Fatah and Hamas, and he will be in bed with Saudi Arabia, and do nothing about Iran. Like his predecessors: Bush, Bush, Clinton, and the rest, Romney will say the right things but will continue to fulfill the State Department’s anti-Israel agenda. However, because of his perceived friendliness to Israel and to Netanyahu, Romney will be far more insidiously dangerous. And isn’t it a shame how much Jewish time and money gets wasted on this guy? 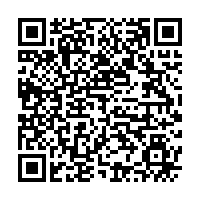