The latest at San Francisco State University (SFSU) illustrates the corrupt way professors are gaming the system and manipulating their access to vulnerable students and public funds.

A recent California Public Records Act (PRA) Inquiry revealed that SFSU Professor Rabab Abdulhadi received more than $7,000 from SFSU to fly to Jordan, the West Bank and Israel to meet with members of terrorist organizations and promote political advocacy.


On all of the documents regarding the funding, insurance, and administrative approval of her travels, Abdulhadi indicated that the primary purpose of her trip was academic: to deliver a paper at a scholarly conference in Beirut. However, Abdulhadi never attended the Beirut conference. Instead, as she herself acknowledged at a public event she organized at SFSU, the trip was a “political solidarity tour” to Jordan, the West Bank and Israel, the primary purpose of which was to promote “resolute actions in support of the academic and cultural boycott of Israel.”

As part of her “political solidarity tour,” Abdulhadi met with individuals affiliated with the US State Department-designated terrorist organizations Popular Front for the Liberation of Palestine (PFLP) and Hamas, including convicted terrorist Leila Khaled and Islamist leader Sheik Raed Salah.

Khaled is a convicted hijacker and the most famous member of the PFLP, a terrorist organization responsible for 159 terrorist acts such as bombings, armed assault and assassinations, resulting in numerous injuries and deaths including those of more than 20 US citizens. Salah was recently incarcerated for incitement to violence and aiding and abetting Hamas, an organization responsible for the murder and maiming of hundreds of Jews that is suspected in the recent abduction of three teenagers in Israel.

Although evidence demonstrates that Abdulhadi had planned the “political solidarity tour” and meetings with PFLP and Hamas members almost a year in advance, nowhere in the documents she filled out in order to receive funding and insurance from the University did she mention that the primary purpose of her trip was political advocacy — to promote the academic boycott of Israel — nor did she mention the intended meetings with individuals affiliated with US State Department-designated terrorist organizations.

And, this isn’t the first time. In June 2011, Abdulhadi organized and led another Middle East trip, most likely courtesy of California taxpayers. According to a statement from participants, the purpose of the 2011 trip was political — “to affirm [their] association with the growing international movement for a free Palestine” — and the statement itself was a call to “academic and activist colleagues in the U.S. and elsewhere to join [the delegation’s participants] by endorsing the BDS [Boycott, Divestment, and Sanctions] campaign.”

The statement also indicates the group met with the “Boycott National Committee,” whose first and most important member organization is the Council of National and Islamic Forces in Palestine, which includes among its constituent organizations Hamas, the PFLP and PFLP-General Command. All three groups are on the U.S. State Department’s list of Designated Foreign Terrorist Organizations.

Why should California taxpayer dollars fund a ‘free Palestine’ campaign, and why, as a professor, is Abdulhadi taking taxpayer money to carry out her own political agenda?

And, now, San Francisco State University is defending the Professor’s personal advocacy mission as ‘research’. SFSU President Leslie Wong released a statement this week stating, “Faculty can and do communicate with others relevant to their research…Abdulhadi’s academic work in race and resistance studies requires examination of some of the world’s most challenging and controversial issues.” ‘Controversial’? Seriously? Terrorists are murderers. ‘Research’? Make no mistake about it, this isn’t research, this is advocacy. Professors should not be meeting with terrorists and propagating hate on the taxpayer dime. 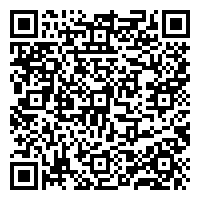