The cynic can make fun of everything and anyone, of handkerchiefs, and ties, and handshakes, and salutes–all meaningless aspects of most societies. One can make endless fun of cricket, just as he made fun of Judaism. It is a game which you can play for five days and get no result. A bowler hurls a lump of cork and leather at three sticks called stumps (a mystical number?). The ball must be thrown in the most unnatural way, over the shoulder at a batsman standing in from of the sticks, adopting rigid stances with funny names. The batsman wields a heavy slab of linseed anointed ash, and swings it in fixed and defined arcs. If the bowler actually hits the batsman, and they often try, he can claim “Leg Before Wicket” and get him dismissed, even if it hits his arm. There are ritual calls like “Howzat”, meaning he should leave the field. There are place names like “Silly Mid Off” and “Silly Mid On” (yes, honestly). And if a bowler hurls the ball six times (why six, indeed?) and the batsman fails to strike, everyone applauds. Yes, you applaud when nothing happens. I could go on, but you get my point. But it’s tradition of course. The defender of cricket will talk about broader and wider issues of gamesmanship, skill, and competition. He will resent you picking on small cultural details. But it’s those details that determine the difference between cricket and baseball.

So it is with Judaism. The broader idea of having a day that is different than the others is so wise and obviously beneficial. But the only way to achieve it and take it seriously is if there is a system to support and enforce the idea and give it structure.


Matthew ends up by saying he decided to make his own Sabbath which, out of deference to his heritage (ironically), he does on Saturday, despite describing his current religion as MYOBism (Mind Your Own Business). I wonder if he realized that, for all his rebellion, the idea had been planted in his subconscious and was now reemerging despite himself. His Sabbath is avoiding his computer and not answering his emails. But he confesses the overpowering attraction of horse racing, and making a bet leads him to make an exception.

And there you have it. If one tailors one’s religion to one’s own whims, one has neither consistency, nor pattern or communality. For all the inconvenience of a religious system, at least one has something recognizable and definable that one can share, even if one, as most people do, often fails to live up to it all, whether it’s orthodoxy in Judaism, Christianity, Islam, or whatever.

In principle there’s no reason why each and every individual shouldn’t create his or her own lifestyle. And I haven’t even mentioned the idea of God. But that tendency towards solipsism is what has made society such a selfish/me/want-it-now world of instant gratification and the lowest common denominator.

The Olympians who we thrill at currently and the great cricketers need more than natural physical talent. They need skills, courage, and enormous discipline. We might make fun of their early mornings, their strict regimes of controlled eating, sleeping, and exercise. But we admire and delight in the results nevertheless. 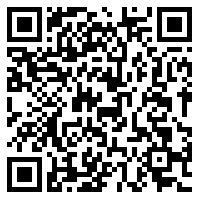