Walk into a Pilates studio and you’ll find that people are often lying on their backs, performing minimal movements that hardly appear to be exercise. Some of us might scoff: “They call this is a workout? It looks more like relaxation!”

However, any scoffer who tries to assume that very position will quickly plead with the instructor for a break.

I confess that I was once a scoffer and to this day am amazed at how challenging such seemingly small movements can be. An outsider cannot see the struggle taking place during Pilates because the exercise calls upon the use of many internal muscle groups. Pilates will strengthen a person from the inside out.

This concept was illustrated perfectly by a drawing I spotted on a bulletin board in my children’s school. The picture was of two carrots growing in the ground. One carrot was very large underneath the surface, with just a small amount of greenery poking through the ground. The other carrot was tiny, yet boasted a huge bunch of greenery. At the surface level, the top-heavy green bunch seemed likely to hold a large carrot, but given the perspective of the bulletin-board viewer, we could see it was actually the small greens that held the larger carrot. Written below the image was the phrase: “Success is not always what you see.”

I made a mental note to discuss this with my nine year old. “Mom,” he asked me, “what is more important in a basketball game: stealing or scoring?” This was after his last game, during which he stole the ball from the opponent but did not score.

“They are both important,” I said. “But sometimes stealing can be even more important because not only did you stop the other team from scoring, you also gave your team another chance to score. So in a way, stealing is almost like a double score. You can’t see all the ramifications of your steal but it, and other unnoted key plays throughout the game, helped the team win.”

This concept is true of our spiritual growth as well. There are many mitzvot that are outwardly visible. But there is a tremendous amount of internal work that takes place inside a person. Building character and developing self control are challenges that are not seen, but therein lies real success.

Growth comes knocking on our door through our everyday experiences. It occurs when we feel angry about something but manage to calm that inner flame. It occurs when we have an opportunity to speak negatively about someone but can stop ourselves before it’s too late. It even occurs when we choose to judge another person favorably. No one can see or tally up all this tremendous work that is taking place. It is all inside.

Growth can be found in life-altering challenges as well. An acquaintance of mine recently told me her mother had battled cancer and won. I would see her mother quite often and she gave no outward indication of struggle or unhappiness. I felt humbled knowing she had endured something so challenging. We never know some the battles that even our friends and neighbors are fighting.

Just like the carrot in the picture, our growth happens from the inside out. Our lack of ability to see that growth, however, makes it all the more challenging. In fact, it might be one of the greatest challenges of our time. Most everything is publicized and broadcast, and through social media the most private experiences in our lives are seen by the world. We then come to crave that external acknowledgement.

I often ask my students: “Ladies, isn’t it true that if you go out to a friend’s birthday party and you do not post a picture on Instagram, Snapchat, or Facebook, it is almost as though you were not really there?”

My students laugh knowingly. This feeling of nonexistence without recognition on social media is particularly strong for teens and college-age young adults. They feel internal validation from external viewing.

It is not only young professionals who struggle this way. It’s human nature to want to be acknowledged, praised, or even just recognized.

There are studies showing that Olympic bronze medal winners can actually feel more satisfaction than silver medal winners. That’s because while the silver medalist is upset about losing the gold, the bronze medalist is happy to have won any kind of medal for his efforts, especially if it appeared for a while that he would not win anything. To some, winning silver means nothing other than the fact that they lost the gold. Forgotten are personal goals that were achieved and the personal records that were broken.

According to the Torah, real success is not about medals accrued or what others see. The Torah recognizes how challenging inner change can be. We are told it is harder to alter one middah (character trait) than it is to learn all of Shas.

This is what we need to impart to our children – and to ourselves. In a society where only winning matters, outward financial success and superior grades in school are emphasized as what we need to get us through life. But as Jews we should know that what makes a person a true winner is the ability to grow inwardly.

We need to look inside ourselves and be proud of the positive changes taking place. The unseen battles are what truly define us. Who are you when you think no one is looking? That is who you really are, and that is where your growth can begin.

SOUL TALK – Inner Keys To Outer Success: How To Achieve Our Goals [audio]

Why Having a Dream Is the Way to Success 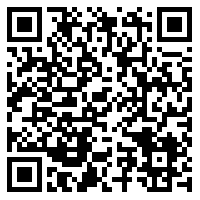