Haled Abu Mokh, an Israeli Muslim Arab, was attacked by other Arabs last week for posting a profile picture with Israel’s flag on Facebook. Haled, who works in a Jerusalem hotel, was caught by a fellow Arab worker surfing to his Facebook page, and the other man started cursing him out and threatening him. By the end of that day’s shift, that same worker followed Haled on the street and threw a stone on his head. Haled dropped to the ground and was later evacuated to hospital, where he received several stitches. He’s still suffering from dizziness.

Haled was a guest on Israel’s Channel 20 TV, where he told the host, Rinat Spivak, that he is used to these reactions: “These responses, it’s normal, wherever there are such extremist Arabs, but they won’t break me.”


“Why should I be afraid,” he answered the host’s next question. “We shouldn’t be afraid of them, they should fear me, not me of them. I walk the true path. This is the truth. I was born here, I opened my eyes here and saw the national flag. There was no Palestinian flag where I was born. The Star of David, that’s me, that’s how my mother raised me.”

Haled also made clear that “no one will shut me up! This only strengthened my resolve to love this wonderful country, and I’m not alone. There are other Arabs in this country who aren’t ready to live in fear. It’s a pity that there are some people who don’t understand what democracy is, and they live in a violent and barbaric reality. What kind of future are they going to have?” 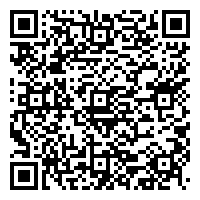