I am a nationalist, Zionist, tribalist and hawk.


Here are ten things I believe:

These ten propositions mark me as anti-democratic, even racist and fascist to many, doubtless including the two former Defense Ministers who recently made speeches decrying what they believe is decay in Israel’s collective morality and accusing the Netanyahu government of being responsible for it.

Their judgments would be even harsher if I told them that I understand and identify with the act of Sgt. Elor Azaria, who shot and killed a wounded Arab stabber who (despite Azaria’s legal defense) probably posed no danger to him or others, as well as the idea that no terrorist should survive his attempted act of terrorism.

It wouldn’t help if I admitted that I agree with the decision of Culture and Sport Minister Miri Regev to deny government funding to an Arab theater group that produced a play presenting a terrorist murderer in a positive light. Or that I think there needs to be a Basic Law (the Israeli equivalent of a constitutional amendment) that defines and protects the concept of a Jewish state, just as there is one for the idea of a democratic one. Or that I view ‘settlers’ as people with the same rights as any other citizens, including the right to not be kicked out of their homes.

Since the end of the Second World War, ‘enlightened’ people in the West have believed that nationalism was responsible for the horrors of the 20th century, and have created international institutions like the UN and the EU to counteract it. They believe further that tribalism, the belief that one ought to give a higher priority to the welfare of one’s own people than that of others, is racism and should always be condemned in the strongest terms. It is considered an overriding principle of universal morality that one is obligated to treat every other human equally, regardless of his or her relationship to you.

These principles are always justified by arguments about human rights and morality, although some cynics suggest that they were encouraged by the psychological warfare department of the Soviet KGB in order to weaken the enemies of the nationalistic and tribalist Russians.

Those who think they set the tone of moral discourse in Israel, like the former defense ministers and 99% of our journalists, writers, artists, lawyers, judges and academics are committed to this universalist morality.

There is nothing inherently more true about the universalist view than the tribalist one. Arguments for one or the other must depend on the expected outcomes. The Western argument against tribalism is that it leads to war and genocide, while universalism produces peace and cooperation.

But exactly the opposite is true in today’s world.

Let’s look at the European Union as an example of a universalist project. Because of its universalist stance toward the outside – liberal rules about granting asylum, for example – and the erasure of border controls inside it, European states are in the process of being destroyed by uncontrolled hostile migration. Those that do not adopt a tribalist policy and close their borders will not survive.

This is because universalism is a form of unilateral moral disarmament. It is practical only if everyone practices it. And tribalist Muslims do not. So while the EU may be effective in preventing another war between France and Germany, it can’t protect its member states against subversion by those who spit on its moral principles.

Israel is another example. Surrounded by tribal societies which have been marinating in hate for the Jewish state for decades, it cannot afford to open its borders to Gaza. And it can’t accept the assurances of the PLO that a Palestinian state in highly strategic Judea and Samaria would be a peaceful neighbor.

But not only would it be counter to Israel’s survival to adopt universalist principles, it would violate the conception of a Jewish nation.

This idea of a people connected to a land – even when the land was ruled by others and Jews were a minority in it – has maintained the Jewish people as a nation since biblical times, a history as long as or longer than any other distinct people on earth. Nothing is more fundamental to Judaism than the relationship between God, the Jewish people and the land of Israel.

I find it ironic that the same people who insist that “all religions must be respected” and who defend the aspirations of all kinds of ethnic groups – including ‘Palestinians’, who have one of the weakest claims of all to be considered a nation – object so strongly to Jewish nationalism.

I think that if there were to be a referendum today, the great majority of Israelis would agree with the ten propositions above.

Actually, we have such a referendum at least every four years. It is called an election, and I’m confident that the next one will result in a government that is even more nationalist, tribalistic and hawkish than the present one. And that will be a good, moral thing. 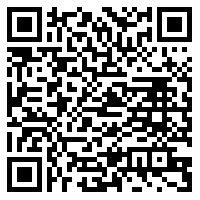