Ten Police Officers were injured in violent clashes with Amona residents trying to prevent them from carrying out their orders to evacuate the settlement. Several protesters have been arrested. So far seven families have voluntarily left the outpost in accordance with the evacuation orders they received.


A force of approximately 3,000 Police Officers has entered Amona, and they are preparing to begin evicting those residents who are unwilling to voluntarily comply with the evacuation orders they received. Dozens of protesters are confronting them, trying to prevent them from entering the compound, and exhorting them to mutiny.

No IDF forces are inside the community, and they are maintaining a perimeter blockade to prevent any unauthorized people from entering it.

Contrary to previous reports that a PO had refused to obey orders, and was detained, a Police Spokesperson said that the officer had not refused to obey his orders, but was overcome by emotion and unable to carry out the mission.

The first clashes between protesters and police broke out around 1 pm, shortly after the police first tried to enter the outpost. The police came without weapons or protective gear, hoping to avoid a confrontation. 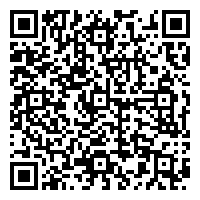