President Obama could not bring himself to utter the word “Muslim” (not even “radical Islamist”) in connection with the worst mass shooting murder in American history–one inspired by ISIS, one claimed by ISIS–an attack committed by a home-grown, lone wolf, Muslim-American citizen, whose parents came here from Afghanistan.


Obama focused on the “handgun” issue, on gun violence, as did other members of his administration. Yet, the Orlando shooter was a security guard who had the legal right to pack and carry. He was an armed guard. Think about that for a minute. And he carefully planned this mass murder. Months ago, he became enraged when he saw two gay men kissing in Miami; weeks ago, he tried to purchase high grade military body armor.

Although the FBI had him on their radar, no one monitored his actions. One wonders why.

The LGBT Bar (Lesbian, Gay, Bi-Sexual, and Transgender Legal Association of New York) could not immediately bring themselves to say the dreaded “M” word either.

This denial of reality is literally killing us.

Do gay Westerners not know that Sharia law–Muslim law–views homosexuals and apostasy (leaving Islam) as capital crimes? Do they not know that ISIS has been throwing suspected homosexuals off the roofs of very tall buildings? Do they know that Israel is the only country in the Muslim Middle East that grants asylum to gay Muslims, beginning with Arabs in the disputed territories, who are in flight from being honor killed?

I understand that politically correct and culturally “sensitive” Westerners do not want to assign collective blame or judge people up in terms of religion, ethnicity, and race. This is a noble endeavor–but at this moment it may also be suicidal.

This attack may help elect Donald Trump to the Presidency–that’s if Hillary refuses to use the “M” word too. She’s in a difficult situation since she is counting on Obama’s support and no matter what happens–the Boston bombing, for example–Obama will not attribute it to murderous actions on the part of Muslims–Muslims who, in his view, are actually “anti-Islam.”

That’s precisely what Hamid Karzai, the former President of Afghanistan. said on Sunday. Karzai said that Omar Siddiqui Mateen, was “anti-Islam.” He said that Afghanistan was doing very well, that the Taliban were not a problem, they are actually “fighting ISIS,” that America should continue “helping” his country. Karzai insisted that life was peaceful, even good in Afghanistan.

Has the world really gone completely mad? Do we believe our own lies? Have we all gone “Afghan?” 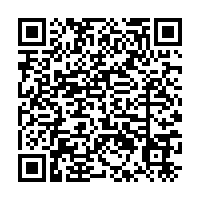