Last Tuesday night, Donald Trump stunned the world with his election as the forty-fifth President of the United States. Wednesday morning the rejoicing, recriminations and rioting began. One of the most fascinating stories is the “Jewish vote.” Exit polls showed that Hillary Clinton took about 70% of the Jewish vote—far from historical highs, but still an overwhelming majority. This landslide means that Jews voted for Clinton (or against Trump) in higher proportions than almost any other ethnic or religious demographic I including Latinos (65%), whose vote was touted as a lock for Clinton based on the media’s relentless spin of Trump’s immigration stance as racist. Yet interestingly and meaningfully, exit data and anecdotal evidence about Orthodox Jews suggest that we broke massively for Trump. Among other things this means that non-Orthodox Jews likely voted well over 80% for Trump. Thus the two Jewish voter demographics are not only distinct but oppositional: Jews appear to have been among the most anti-Trump and the most pro-Trump of all demographics.


Meanwhile, spontaneous dancing broke out Wednesday morning at relieved and overjoyed frum congregations in America and Israel. Giddy jokes were made about whether to say Hallel. Of the fifteen New York City neighborhoods in which Trump was strongest, ten were on Staten Island. The other five were: Boro Park, Midwood, Brighton Beach, West Brighton, and Ocean Parkway South. In Nassau County, the Five Towns similarly delivered a huge Trump landslide. Ocean County, NJ – where Lakewood is located – voted overwhelmingly for Trump, far more so than any other place in that state. Exit polls of the thousands of charedi American citizens who live in Israel showed more than 85% voting for Trump.

Orthodox Jewry has taken another great step forward as a distinct voting bloc, revealing concerns and priorities very different from those that animate Jewish progressives.

Orthodox voting priorities are not hard to understand. The Orthodox commitment to Jewish continuity and knowledge of Jewish history has always been far stronger than that of non-Orthodox Jews. Combined with the imminent connection of virtually every frum family to Jews in Israel and the norm for Orthodox Jews of all stripes to spend at least a year and often many years in batei medrash and seminaries in Israel, most Orthodox Jews – regardless of conflicting religious views on the medinah – count the security of the

Israel’s Jews as a top priority. By way of contrast, when polled among all Jews, concern for Israel hovers low on the priority list, consistently between eight and tenth –far behind a raft of liberal causes and concerns far more central to contemporary progressivism than to traditional Judaism.

The assault by the left on our rights as Jews has gotten more and more aggressive. Democrats have ceased speaking of religious liberties and now concede only that there is a “right to worship”. That is intolerable to frum Jews. We see what is happening again in Europe – the challenges to bris and shechita in the name of progressive secular values – and know that many groups (too often led by ethnic Jews) are agitating for the same battles here. Just weeks ago a judge in California at the instigation of chickens’ rights advocates prevented Jews from performing the ancient pre-Yom Kippur custom of kapporos. Traditional religious institutions and consciences – Jewish and otherwise – already are under siege from activists seeking to strip away religious exemptions, not satisfied with equality under the law, but demanding the surrender or destruction of any traditional worldview. The specter of Democrats having the power to appoint more federal judges was terrible to contemplate.

Jews make up less than 2% of the American population. As a subset of American Jewry, frum Jews are an anomaly – a small albeit growing minority. Considered this way, it’s unclear why this sociological and demographic tale is of anything but marginal interest to the political calculations of those in Washington.

Yet upon closer scrutiny, this election provides evidence of vast potential power untapped by Orthodox Jews. The mass of ethnic, unaffiliated and “social justice” Jews have depleted their political significance even as they have enervated their religious identity. They appear willing to follow the Democrats everywhere, no matter how extreme, immoral, anti-religious, anti-Israel, or anti-Semitic. Orthodox communities, on the other hand, stand on the cusp. If we choose to see ourselves as just another ethnic minority engaged in the kinds of transactional politics that sells out our principles and our future to the highest bidder, we will have failed, relegated to footnotes as an outlier. If however we take stances for our principles and for our survival we will emerge as spiritual, moral and intellectual leaders in the battle that now rages between left and right in this country.

It is no coincidence that the party that grants nuclear weapons to the “Death to Israel” Iranian mullahs and that stands poised to be led by a BDS_supporting Member of Congress who slanders Israel as an apartheid oppressor of innocents, also opposes traditional morality at home. It is no fluke that those who elevate the protection of innocent life and religious exercise and conscience above almost all else, also see the security of the Jewish state as America’s most important foreign policy goal.

Those who carry the Torah’s messages have always been few in number, but they have transformed vast civilizations. For decades, we have been turned inward, focused on rebuilding a community almost lost in the European inferno, while secular progressives have dominated the Jewish presence in Washington. Today, their communities are in crisis, having assimilated and eroded to the point of tragedy. Meanwhile, Orthodox communities which have maintained fidelity to ancient Jewish law and custom are flourishing as in the first vigor of youth. But we too stand at a crossroads. We can continue to ignore the world around us and be essentially irrelevant, losing sight of our people’s raison d’être. Or we can be the tip of a mighty spear: leaders of the literally tens of millions of American Faith and Values voters for whom religious freedom and the security of the Jewish state are also always top priorities. 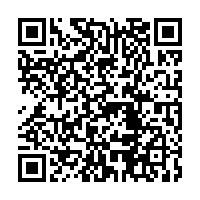