According to data compiled by The Jewish Agency for Israel, some 700 olim from Brazil will have arrived in Israel by the end of 2016, more than three times the annual average of approximately 200. This marks a 45-year record in Brazilian Aliyah, which last reached similar levels in the 1970’s.


“Since Israel’s establishment, more than 15,000 Brazilian Jews have immigrated to Israel, contributing to the Jewish state’s national character and strength,” Sharansky said, noting that recent years have seen an increase in the number of Jewish young people from Brazil who have arrived in Israel to participate in the Jewish Agency experience programs through Masa Israel Journey.

Sharansky participated in a festive event organized by Confederação Israelita do Brasil (CONIB, the umbrella organization of Brazilian Jewry) Saturday night in São Paulo. During the course of his visit, he will also meet with Brazilian Jews who are about to immigrate to Israel, as well as with member of Jewish youth movements.

The head of the Jewish Agency delegation in Brazil, Revital Poleg, noted that Aliyah from this country has been steadily increasing over the past three years, along with interest in life in Israel. The increase in Aliyah is taking place in the midst of an economic crisis, but is also rooted in the Brazilian Jewish community’s strong ties to Israel. “Many of the immigrants note that they view Israel as a place where they can lead Jewish lives in an environment that feels like home,” said Poleg.

According to Poleg, “some seventy percent of the immigrants are young families who want to provide their children with high-quality education, or young people looking to start university studies in Israel and build their careers there.”

According to CONIB, the Jewish community of Brazil numbers approximately 120,000 and is the second largest in Latin America, after Argentina. The largest communities are located in São Paulo (55,000), Rio de Janeiro (30,000), and Porto Alegre (10,000). Approximately 100 smaller communities are scattered throughout Brazil, which is the fifth-largest country in the world. 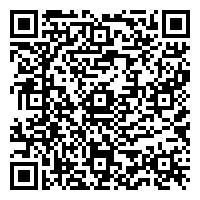