My good friends and former employers at Chabad.org have utilized Ariel Sharon ZL’s passing to educate the public about the latter’s relationship with the Lubavitcher Rebbe. I’m grateful to them for that, even though their obituary comes close to suggesting that Sharon was a hidden Chabadnik. He really wasn’t, and I don’t think the good people of the Lubavitch News Service believe it either.

But they did remind me of two events in Sharon’s life that came in close proximity and had to have influenced his life.


Right after the Six Day War, Sharon led a group of South African military officers—the bad kind—on a tour of liberated Jerusalem, and stopped at the Western Wall. Lubavitch had just set up their tefillin booth there, and the chassid operating it, Reb Aharon Rabinowitz ZL, a former Soviet prisoner, wanted very much to get Arik to roll up his sleeve for Judaism, but was too timid to ask. And so a religious Jerusalemite journalist named Noach Zevuluni, who was writing for the Histadrut trade union’s daily Davar, approached the general with the request. Arik—reluctantly, according to Zevuluni ZL—acquiesced.

There are apocryphal versions of this story, a noted one in which David Ben Gurion is also in the group and refuses to put on tefillin. Another version gathers the entire IDF leadership for the sake of the anecdote, and Arik’s proud example inspires all of them to wrap the straps. The version I cited above is directly from Zevuluni’s writing. Bottom line is: shortly after the war ended, Sharon put on tefillin at the Kotel.

Then tragedy struck. In October, 1967, on the eve of Rosh Hashanah, Sharon’s 11-year-old son Gur and his friend, Yaakov Keren, took down an old hunting rifle belonging to Sharon, that hung on display on the wall. They stuffed gunpowder into the gun, and, during play, Yaakov pointed the barrel at Gur’s head and squeezed the trigger. Arik came rushing to the room to find his son lying unconscious on the floor, bleeding from his head. He picked him up in his arms and drove to the nearest hospital, where the doctors declare him dead. (Sharon continued to blame Yaakov Keren of killing his son intentionally, to the point where the Kerens had to leave the neighborhood to avoid the general’s wrath).

These two events, coming so close to each other, raised the interest of the Lubavitcher Rebbe, who wrote Sharon a touching and beautiful letter of condolences during the Shiva week that followed his son’s death. Chabad.org offers the entire text online, but I will concentrate on what I believe are the late Rebbe’s poignant observations which he saw fit to share with Sharon.

I was deeply grieved to read in the newspaper about the tragic loss of your tender young son, may he rest in peace. We cannot fathom the ways of the Creator. During a time of war and peril you were saved—indeed, you were among those who secured the victory for our nation, the Children of Israel, against our enemies, in which “the many were delivered into the hands of the few, etc.”—and yet, during a time of quiet and in your own home, such an immense tragedy occurred!

It’s the two men’s first encounter, entirely initiated by the Rebbe, and yet he, relentless educator that he was, didn’t waste a beat in launching into a lesson that offered condolences, praise for the general’s military victories, and direction. The document in its entirety is brilliant and daring in equal amounts. To me, it’s obvious that the Rebbe had spotted in Sharon a potential for good that must be cultivated. This was nothing new—the Lubavitcher Rebbe was an unstoppable turbine of inspiration and influence, laboring to change the world from his small chambers on Eastern Parkway, Crown Heights. It’s just that when he was love bombing a notable historical figure, he reached greater heights. 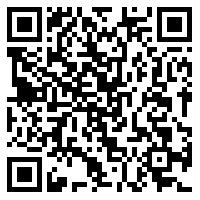