When the great film director Alfred Hitchcock first saw the footage of the liberation of the Bergen-Belsen concentration camp in 1945, he couldn’t work for a week. No stranger to the subject of murder and horror, he nevertheless was shocked and appalled by “the real thing,” the Independent reports.

In 1945, Hitchcock was recruited by his friend Sidney Bernstein to help with a documentary on German wartime atrocities, based on the footage of the camps shot by British and Soviet film units. That documentary has never been seen in full.


Dr Toby Haggith, Senior Curator at the Department of Research at the Imperial War Museum, told the Independent the allies didn’t have the patience to wait for the great director’s film, having launched an urgent campaign of denazification in Germany.

“Once they discovered the camps, the Americans and British were keen to release a film very quickly that would show the camps and get the German people to accept their responsibility for the atrocities that were there,” Dr Haggith said.

By the time Hitchcock’s film was finished, the allies’ political needs had changed once again. They no longer sought to rebuke the Germans for the nasty things they had wrought on humanity. It was time for reconstruction and revival of the old industrious German spirit – no time for new, eloquent recriminations.

Five of the film’s six reels were deposited in the Imperial War Museum and the project was shelved.

In the 1980s, the film was discovered in its rusty cans in the museum by an American researcher and an incomplete version of it was shown at the Berlin Film Festival in 1984 and then on PBS in 1985, under the title “Memory of the Camps.” This abridged version suffered from poor quality and, of course, didn’t include the missing sixth reel.

Now, at last, the film is set to be seen the way Hitchcock, Bernstein and the other collaborators intended. The Imperial War Museum has painstakingly restored it using digital technology, piecing together the extra material from the missing sixth reel.

The film will be shown throughout 2014 in festivals, and on British TV in early 2015, to mark the 70th anniversary of the liberation of Europe.

Character Actor Nehemiah Persoff Dead at 102, Played in On the Waterfront, Gunsmoke, Yentl

The Holocaust Survivor Who Fought in Every Israeli War (Video) 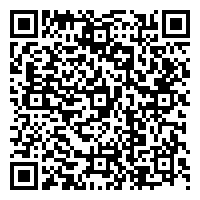