The single greatest misconception about the conflict between Israel and its neighbors is that it’s about the Palestinians. A corollary to this is the idea that creating a Palestinian state would be a step toward peace.


Focusing on the relations between Israel and the Palestinians turns the conflict inside out. In fact it is driven by the absolute rejection of a Jewish state in the Middle East by all the Muslim nations in the region, which dates back to the beginning of Zionism, before the founding of the state of Israel, before the development of specifically Palestinian nationalism, and long before the 1967 war.

This rejection was founded on religious principles and ethnic hatred, and has been aggressively nurtured over the years by various parties — Muslim leaders, the Nazis, British colonialists and the Soviets — and has developed a mythical history whose consequence is that the honor of the Muslim nations and the purity of the land can only be regained by extirpating Jewish sovereignty.

A huge amount of anti-Israel propaganda and psychological warfare, much of which was guided by the Soviet KGB, amplified the conflict. In the Arab world, such things as the Protocols of the Elders of Zion, the idea that Israel or international Jewry perpetrated 9/11 (in order to blame it on Arabs), and numerous accusations that Westerners would call ‘crazy’, are accepted as non-controversial truths.

Since 1967, the international Left — especially including Jewish and Israeli leftists — has adopted the Palestinian cause and accepted the historical myth about Israel’s creation as ethnic cleansing of a Palestinian nation. While not as gullible as the Arabs, the Left is prepared to believe almost any accusation about Israeli mistreatment of Palestinians, including stories about massacres, murders of Palestinian children, etc.

Both Muslims and the Left have been sufficiently impacted by anti-Jewish and anti-Israel brainwashing to the point that they are not able to evaluate information inputs about the subject rationally. Israel, for them, is the Devil.

For those of us who still have open minds, the explanatory power of the idea that the basis of the conflict is the existence of a Jewish state and not the lack of a Palestinian one, is obvious.

The Arab states have been historically unfriendly to the Palestinian Arabs. During the War of Independence, they encouragedthe flight of Arabs from Israeli-held territory. After the war they repressed Palestinian nationalism in their territories except insofar as guerrillas could be used against Israel. Egyptian rule in Gaza was particularly brutal and oppressive. Arab nations except Jordan never gave Palestinians citizenship, and in some cases (e.g., Lebanon and Saudi Arabia), placed restrictions on residence, employment and education that can only be called apartheid. Jordan and Lebanon fought mini-wars against the PLO, and Kuwait and Saudi Arabia expelled Palestinians after the Gulf War.

If the Arab nations had wanted a Palestinian state in the territories, they could have established one in 1948-67. But that was (almost) the last thing they wanted! Instead, they fought every initiative to integrate Palestinian refugees, so that they could be used as a weapon against Israel.

Even the Palestinian leadership itself famously turned down the possibility of sovereignty in 1938, 1947, 2000-1, and 2008. They tell us that the offers weren’t good enough — they lied about the content of the Camp David offer, according to US negotiator Dennis Ross — but one would think that a people thirsting for a state would take an offer, even if it was initially less than what they hoped for (the Jews did).

These facts are mystifying if you think that the conflict is based on the ‘need’ for a Palestinian state. But the mystery vanishes when you understand that it is all about the existence of a Jewish state.

No technocratic compromise which would create a Palestinian state while keeping a Jewish one has ever been acceptable to the Palestinians. Currently, they keep coming up with preconditions which prevent negotiations from taking place. Why? Because they know that Israel will not agree to commit suicide. Better to get what they can unilaterally from the UN.

Today the military forces poised against Israel come primarily from Iran, and its proxy Hizballah, as well as a Syrian regime that is more and more propped up by Iran. Iranian propaganda, of course, pays lip service to the Palestinians, but is mainly focused on the idea that Zionism must be destroyed, and not that Palestine should be established. It goes without saying that if Iran launches its threatened missile war against Israel, Palestinian Arabs on both sides of the Green Line will be in harm’s way. 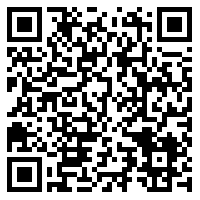