The short history of the state of Israel is paved with mistakes, some of them understandable, some difficult to comprehend. But, in my opinion, no mistake even comes close to the signing of the Camp David Accords.

Two inherently evil principles were coined in that accord and have become part of the foundation of our view of ourselves as Israeli Jews in relation to our Arab neighbors.


The first evil principle was the exchange of territories for peace.

It established that in exchange for the Arabs recognizing the Jews’ right to live, Israel will return territories which she captured after those same Arabs had attacked her and tried to destroy her.

It is inherently immoral.

Let’s say that you and I have a dispute over some land which you claim I attained unjustly and it belongs to you. Normally, you and I would seek an arbiter, and both of us would provide proof supporting our positions. Then, the arbiter would decide and we, presumably, would respect their decision.

But Camp David established that when it comes to Israel and its Arab neighbors, we do not discuss the legitimacy of the claims on the land. Instead, the Arabs will agree to let us live and we will hand over the disputed land.

This repugnant principle was not invented by the Left. It was conceived and embraced by the late Prime Minister Menachem Begin, who exchanged our right to our God-given land for a Nobel prize and 40 years of a cold peace with Egypt (Of course, Israel enjoyed 40 years of a cold war—which is about the same—with Syria, without paying for it with any land.).

The second vile component of the Camp David Accords was the recognition that, eventually, at some later date, the Palestinians, too, should benefit from the same principle of land for peace. Nothing specific was determined, but the time to pay that piper arrived eventually, with staggering losses to Israel and its citizens.

Still, those two anti-Israeli and anti-Jewish ideas, which have since become the cornerstones of Israeli foreign and military policy, were not the worst outcome of Camp David.

Israel’s own ambivalence about its own identity can also be traced to that same terrible document.

The accords blocked any future Israeli government’s attempt to annex the disputed territories of Judea, Samaria and Gaza. What worked perfectly and resulted in a great deal more positive than negative outcomes in East Jerusalem and the Golan Heights, which have become undisputed parts of the state, could no longer be done for the rest of the land. Instead of straight-forward development, for the benefit of Jews and Arabs alike, the territories became a place of clandestine activities.

Settlements, the very core of Zionist lore, became the symbol of waste and immorality. The shadow war we are witnessing these days, between Peace Now and B’Tzelem operatives and the settlers, are only the latest in a twisted and ugly plot born by Israel’s inability to make itself whole.

The dominion of leftist civil servants over policy decisions—in a right-wing majority government—is another aspect of the same ambivalence.

The repeated entanglements between the IDF and Arab demonstrators is yet another fruit of the same poison tree. If Israeli law ruled the territories, you would send policemen, not IDF recruits, to control demonstrations. Indeed, there’s no telling how much damage has been done to the army’s readiness because it is being used as a police force.

Our big hope is that Morsi, the Muslim Brothers president of Egypt, will kill the Camp David Accords, de facto or, better yet, de jure. While not changing much in terms of an Egyptian threat against Israel – at this point not a viable one – killing Camp David could mean a reversal of Israel’s obligation regarding the territories.

Add to that an Obama victory in November, and, presumably, intensified U.S. pressure on Israel for suicidal concessions to the Palestinians, and there could be a cumulative effect, mostly on Israel’s public opinion.

With the delusion of peace with the Arabs out of the way, it may just be possible that the Israeli mainstream would reject the failed messiahs of the past four decades and embrace the notion that only a militarily, morally and spiritually strong Israel can sustain itself in this mad region. 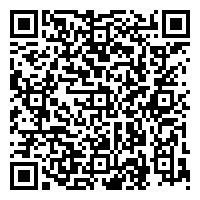