One of the more painful things that has come out of Operation Protective Edge has been the sense of befuddlement and confusion expressed by many Jews, particularly Jews in Europe.

“Why do they hate us? Can’t they see our humanity? Don’t they know that we are human too? Haven’t they seen the suffering we have endured, the atrocities we have received?”


These rhetorical questions are all valid, but I have reluctantly concluded that they are all beside the point. In other words, while we all know the answers to the above questions, the real point is that both the answers and indeed the questions themselves are irrelevant.

What we need to accept, to make a difficult peace with, is that we, the Jewish People who have been charged with obliterating the name and memory of Amalek, our implacable eternal enemy, are ourselves “Amalek” to the actual Amalek and their fellow travelers.

While God has been very direct and insistent on our recognizing, opposing and indeed obliterating Amalek from the face of the earth, He has been far more circumspect in creating a mirror image phenomenon: the implacable hatred of Amalek for the Jewish People. Amalek seems to have been charged with the commensurate requirement to root us out and destroy us everywhere and at all times.

How else can one explain the incredible durability, resilience and versatility of anti-Semitism? How does this uniquely universal phenom morph, revive and take root in cultures that have never had – and may have never had – Jews amongst them, as well as those that have seemingly seen the horrific error of their murderously cruel ways?

In other words, how by any rational playbook can one even begin to explain anti-Semitism? Let’s distinguish between an understanding of individual instances or periods or locales of anti-Semitism, and the concept itself.

Explaining or attempting to understand the former ultimately casts no light on the latter.

I have concluded that the explanation is beyond us, that it is part of His Plan.

I once asked Rabbi Jonathan Sacks, after a talk he gave about contemporary anti-Semitism, whether it was conceivable that anti-Semitism was something God created for the ultimate purpose of keeping the Jewish People true to the covenant between them and Him.

Rabbi Sacks rejected this idea out of hand, pointing out that when we, the Jewish People, are one, united and in sync with ourselves, the rest of the world takes note and respects us. Unfortunately, recent events here, which have featured uncommon Jewish unity and widespread vitriol from the rest of the world, cast great doubt on Rabbi Sacks’s assertion.

Could it be that just as the Revelation at Sinai changed the Jewish DNA for all time, Amalek’sinitial battles(indeed their very willingness to battle the Jewish people), were part of an imprint on their own DNA to implacably hate us, without rhyme, reason or rationale?

Again, we can wonder why that must be, but it is hard to escape the conclusion that this is the case. The real question is what to do about it. Some would throw up their hands in despair,  bemoan the lack of fairness in the world, and/or question what kind of a God would arrange humanity accordingly.

I for one however find this realization to be rather liberating. Rather than to keep having to justify ourselves, to validate our individual and collective existence in front of others, I find it a relief in effect to realize that there are some who will always hate me and mine no matter what.

It is the no matter what that should comfort those bloggers, tweeters, and e-mail daisy-chainers who are looking for clarity and justice in the loaded kangaroo court of humanity. 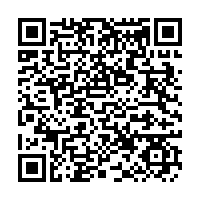