No arrangement in Gaza without the return of the boys.

That was the promise given by Prime Minister Benjamin Netanyahu to the families of IDF officers Hadar Goldin and Oron Shaul on Sunday when they met at the Prime Minister’s Office in advance of the Jewish new year.


Both soldiers fell in battle when a ceasefire was violated by Hamas terrorists during the 2014 summer war — Operation Protective Edge — in Gaza.

But Professor Simcha Goldin and his wife, Dr. Leah Goldin, said they were disappointed after the meeting with the prime minister and military officials who updated them about efforts to return their son’s remains and those of Oron Shaul — as well as return at least two of three known living hostages still being held by Hamas in the enclave.

“Four years after the abduction . . . Netanyahu again agrees to a ceasefire that also Hamas can choose when to break and when to abduct more soldiers,” the Goldins said. “Unfortunately aside from general statements and hollow phrases intended for public relations, Netanyahu has not yet done anything significant to bring back the boys.

“We left the meeting today with a strong feeling that behind the prime minister’s statements … there is a sad reality that nothing has been done.” 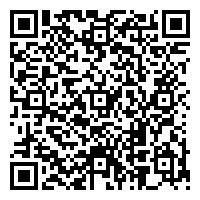