There is perhaps no greater cultural image of Jewish life than the “fiddler on the roof.” In him we see ourselves seeking to find the balance between the beauty and grace of our tradition and the challenges and seductions of the world around us.

The truth is, we all seek balance in our lives. As we rush around, negotiating the competing demands of our home lives, our professional lives, and our communal lives, we try to balance it all. Otherwise, like that fiddler, we run the risk of toppling off. To where, I can’t say. But the sensation of falling off is real just the same.

If you ever doubt the importance of balance, just glance in the windows of the many gyms and exercise studios that exist throughout the country. You will see people working desperately – to do what? To strengthen their cores. Why? That balances them and minimizes the risk of injury.

There was a time when non-Jewish ancients envisioned the universe to be made up of a series of concentric circles or nestled spheres. When those circles were in perfect balance they created a symphony of beautiful sound, called the music of the spheres.

Balance is essential to our psyches, to our emotional health, and our physical and communal selves. Balance, like harmony, is dynamic. It is not a static state. Finding balance or harmony requires our constant attention.

As challenging as it may be to constantly seek balance, we can be sure that creation structurally tends toward balance. How? Numbers.

Numbers have power and significance. While all numbers are important, some have greater significance, often due to their properties as primes or unique, or their role in anchoring our numbering system. The number one is unique. By definition singular, it is the identity number. “Who Knows One?” goes the Passover song. “One is our God Who is in the Heavens and on Earth.” The number two defines the concept of evenness. Three, an ideal balance, whether in geometry or the world. Ten is the basis for our numbering system.

These numbers resonate in our consciousness and our world but no number has the power and significance of the number seven. It is the perfect number. More than that, it is Judaism’s most sacred number. Seven is completeness and wholesomeness.

My uncle Rabbi Alexandre Safran, z”l, concludes his prolific discussion of “Jewish time/Sabbath time” in his Israel in Time & Space by noting that the number seven “joins for all eternity the Creator and His Creation, God and His people; and the hyphen uniting them is the holy Shabbat.” For as we know, the Sabbath is the seventh day. Shemittah, the seventh year. Yovel, the culmination of seven cycles of seven years.

Rabbi Shraga Simmons underscores the power of seven when he considers Shavuot. He finds “Shavuot” – literally, “weeks” – to be a curious name for the holiday. While the name does highlight the seven-week period between Passover and Shavuot in which we count each day (and week) in anticipation and preparation for re-living the Sinai revelation, he remains troubled by the name. “Why not call the holiday ‘Torah’ or ‘Sinai’ or ‘Commandments’ or ‘Tablets’?”

He asks a good question.

He writes, “Time contains many different entities. Nearly all of them are related to natural phenomena. Days, nights, months, seasons, and years are all directly determined, in some way, by the constellations. There is one exception – the week. The formulation of a week seems to be totally arbitrary. Who needs it? Let one day just follow the previous one. Why seven days?

“The concept of a week and its constitution of 7 days is one that is strictly God-invented and human-adopted. While we may argue about creation – how, when, by whom, why – the world has consensually agreed to the concept of a week.”

Seven completes a cycle fully and wholly. Brit milah, which lifts the newborn son from a mere physical existence into a meaningful, goal-oriented Jewish life, takes place on the eighth day. As Rav Hirsch explains, eight days because the “young being must pass through a full period of seven days as a creature perfect in body; and only on the eighth day must the seal of Israel be impressed upon him.”

Rav Kook finds in shemittah and yovel a completeness of life’s spiritual qualities. Too soon, the fruit is not ripened. Too late, it is overripe and rotted. Without the fullness of seven there is an emptiness, an “unripeness,” still awaiting its time. “Quality of life can be improved through the affording of a breathing space from the bustle of everyday affairs…. What the Sabbath achieves regarding the individual, the shemittah achieves with regard to the nation as a whole.”

Shemittah and yovel are not mere mechanisms of ensuring equality, freedom from poverty and slavery. More important, they are a means of attaining a fullness and wholeness, a holiness complete.

In Nitzavim, the parshah read on Shabbat Shuvah or the Shabbat prior to Rosh Hashanah, the word shuv, “to turn” or “to return” occurs seven times in various forms, all underlining the theme of repentance, of teshuvah (itself, a form of shuv). This speaks to the deep relationship between the number seven, connoting completeness, and teshuvah, repenting and returning.

The Torah source of teshuvah, “You shall then return to God your Lord, and will obey Him,” is one of these seven verses.

Because God’s creation tilts toward balance and man has free will, the choice of attaining wholeness and completion or remaining incomplete, the Rambam writes one “should strive to repent” of all sins, as well as investigate and repent of any evil disposition. “Great is repentance, for it brings man near, back to the Divine Presence.”

Teshuvah turns back to completion, to a state of wholeness and completeness. To perform teshuvah is to arrive at one’s full potential and real self. Without teshuvah, one’s life is lived as a series of discrete moments, with good and evil, success and failure intimately related. Without teshuvah, the week is seven days, not a grand march toward the glory of Shabbat.

Marriage is nothing but a cohabitative partnership without the fulfillment of the sheva (seven) berachot ideals. Faith, without the completeness of the seven mitzvot enunciated in the Shema, is an empty proclamation. Agriculture is backbreaking labor without the peace and tranquility of the shemittah year.

Even before the great brit between God and the Jews, before the Ten Commandments, before the mitzvot were enumerated, there were seven foundational laws that defined behavior and the correct balance in life and spirit. These were the Noahide Laws.

These, we transgress at our peril. Why? Because these are the laws are the pillars upon which all else rests. One can build a house a thousand feet tall and it will withstand any storm so long as it has a solid foundation. But even a single-story home will fall to the merest breeze if its foundation is not strong. The seven Noahide laws form the foundation upon which meaningful and significant human life rests.

The costs of ignoring them were plain at the time of Noah. And yet in our own time we are ignoring them as well. Consciously, deliberately, and with eyes wide open.

Who could have imagined a time when national headlines would report about bathrooms! But they do. Perhaps most people would like to remain unaware of the “bathroom wars” in North Carolina. What does it matter?

What does it matter than the Supreme Court has proclaimed same-sex marriage the law of the land?

What does it matter that the White House has essentially proclaimed transgender bathrooms to be the civil rights issue of our times?

What does it matter?

It matters because balance matters and no amount of Pilates will strengthen your core enough to provide balance when the foundation cracks. We rely on balance to live lives of meaning and significance. We each build our own homes but we rely on a communal foundation for our houses and homes to stand.

One can make any argument he pleases to suggest otherwise but the numbers don’t lie. Five cannot be seven. Fourteen cannot be ten.

And one can never be any other than Our God in Heaven and on Earth.

Do the Media Lie? 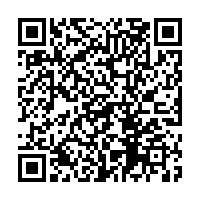