The Orthodox Union (OU) released a statement last week announcing that it will implement the findings of a rabbinic panel it convened to study the issue of women rabbis (clergy).

For a number of years, a school run by rabbis calling themselves “Open Orthodox” has been ordaining women as clergy and sometimes placing them after graduation in shuls. To my knowledge, at one point six OU shuls had female clergy, although it is now down to four.


Over the past decade, the Rabbinical Council of America (RCA) has issued three resolutions disapproving of women clergy, most recently in 2015 forbidding members of the rabbinical organization from ordaining women or hiring ordained women.

In response to questions from member shuls, the OU convened a rabbinic panel of leading scholars – poskim, roshei yeshiva, prominent shul rabbis, authors well-received sefarim – to issue a decision on what is allowed in OU shuls.

The panel discussed the various halachic and hashkafic issues among themselves and also heard from the public – other shul rabbis, educators, lay leaders, interested men and women.

The rabbinic panel’s conclusion forbids women from serving as clergy. But it offers guidelines on other avenues of wome n’s leadership. The Orthodox community is blessed with many female educators, inspirational speakers, and organizational administrators. These are some of the leadership roles available to women. With these guidelines, more opportunities can be created that remain within the parameters of halacha and hashkafa.

When reading this, I was reminded of the process in 1983 when the Conservative movement approved of women’s ordination as rabbis. The contrast is informative. Prof. Neil Gillman describes the process in his book Conservative Judaism: A New Century (chapter 8).

After a decade of debate and the fear of a near-paralyzing split vote in 1979, in 1983 the Jewish Theological Seminary’s faculty voted to accept women into its rabbinical school. The vote took place months after the death of the movement’s leading scholar, Prof. Saul Lieberman, who publicly opposed this step. The vote included faculty members who were not outstanding Talmudic scholars or halachists.

As a result of this unusual voting procedure, Prof. Lieberman’s successor refused to take part in what he considered a halachic travesty. Prof. David Weiss-Halivni explained in a letter he circulated at the time, which he includes in his memoirs:

“I am committed to Jewish tradition in all of its various aspects. I cannot, therefore, participate in a debate on a religious issue of major historical significance where the traditional decision-making process is not sufficiently honored; its specific instructions as to who is qualified to pass judgment not sufficiently reckoned with” (Halivni, The Book and the Sword, pp. 113-114).

When the Conservative movement began ordaining women as rabbis, it failed to follow its own process of determining halacha. In contrast, the Orthodox Union followed the traditional route.

Previously, in 2010, the RCA had consulted with its poskim, who drafted language of a resolution for the organization. Now, the OU convened a panel of its poskim and leading rabbis – scholars to whom other rabbis turn with questions, who lead thousands of Jews and guide hundreds of rabbis – to answer this question.

In terms of process, the OU followed the right path. It did not turn to poskim in Israel, who might not fully understand the situation in the US. It turned to poskim in the U.S. – rabbis who lead their own shuls and/or visit communities across the country. They received written and oral input from leaders of many different communities. And after reaching a decision, they communicated it to the public in a lengthy document explaining their reasoning and providing their sources.

In contrast, those who ordain women have support from rabbis who are not known as poskim. They lack the experience and expertise, much less the public recognition, of poskim.

In a 1978 statement to a commission of the (Conservative) Rabbinical Assembly, Prof. Joseph Brodie said, “The primacy of halacha demands that halachic decisions be made by bona fide halachists” (The Ordination of Women as Rabbis: Studies and Responsa, p. 32).

I do not dwell on the experience of the Conservative movement because I accept their views or attitudes. However, nearly forty years later, we see the same mistakes being repeated.

Kudos to the OU for taking the responsible halachic path and asking poskim for guidance. 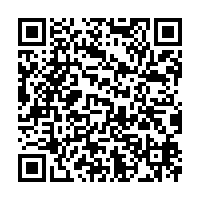