More than 400,000 Jews live in Judea and Samaria, 50 years after the Six-Day War, and, according to a report issued by Yesha Council Thursday, their annual growth rate stands at 3.9%, compared with the national average rate of just 1.9%. The report actually shows a slowing down of the growth rate in the territories, from a high of 4.7 over the past decade.

According to Yesha Council, who spoke to Channel 20 News, the growth rate would have been even higher were it not for the construction freeze in Judea and Samaria. That part is simple math: no available housing, no population growth.


The city with the highest growth rate is Beitar Illit, a Haredi city just six miles south of Jerusalem, with 5.6%, followed by Modi’in Illit with 5.3%. Both cities are very close to the old green line. Ariel, which is about 12 miles from the green line, came in third in the report, with an annual growth of 2.5%.

The largest cities in Judea and Samaria are Modi’in Illit, Beitar Illit, Maleh Adumim and Ariel, with a population totaling 183,908, accounting for 43% of the Jewish population.

The population breakdown in Judea and Samaria is even among Haredim, National Religious, and Secular.

The Following List of Stores Have Dropped Ben & Jerry’s 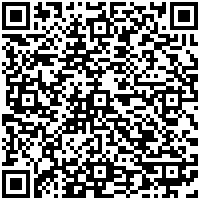