Around two weeks ago in the US, the Orthodox Union issued its now-famous proclamation formally prohibiting affiliated synagogues from hiring women to serve as rabbis or “members of the clergy”.

Predictably, many vocal supporters of the idea of female rabbis immediately denounced the ruling as yet another example of what they see as the intransigence of an overly traditionalist, cowardly, misogynist and increasingly irrelevant Orthodox mainstream. Meanwhile, some of their equally vocal opponents from the other side of the aisle gleefully announced that with this statement added to previous ones from other organizations, there is now a wall-to-wall consensus in American Orthodoxy against any change in policy regarding a role for women as religious leaders.

Unfortunately, though, it seems that most commenters on both sides did not bother to actually read the 15-page OU statement or the 17-page rabbinic position paper that accompanied it (both available here).  Those relatively few people who did read it noticed that while a headline like “OU Confirms Ban on Women Rabbis” is accurate, it is only part of the story.  The truth is that the two OU statements were much more nuanced than the earlier pronouncements, in two very important ways.

First, while its conclusion that women cannot serve as rabbis did echo previous rabbinic statements from both the US and Israel, the OU’s Rabbinic Panel presented a detailed and documented halakhic rationale explaining that ruling.  Like any piece of proper halakhic argumentation, in a number of places (e.g., footnotes 17 and 22) it acknowledged the existence of opposing sources that could potentially lead to different conclusions, and explained why the authors do not view those positions as viable or normative.  And the main halakhic section of the paper concludes by emphatically stating its position that women may not serve as rabbis, while simultaneously inviting further discussion on the topic, correctly noting that “the burden of halakhic proof [now] rests on the side of changing the established practice” (page 10).

This is very different than most of the other recent public discussions of this topic, which have consisted mainly of ideological pronouncements and slogans.  If and when a detailed response is published by scholars who disagree with the ruling (some discussion has already begun on various internet forums), this will turn the conversation into a proper and genuine halakhic debate, which will enable the move towards an eventual consensus of one sort or another.

Even more importantly, though, while the OU statements emphatically ruled out women serving as rabbis or “members of the clergy”, both of them also affirmed – equally emphatically – that women’s participation in the leadership of our communities is essential, and must be greatly expanded.  For the benefit of those who won’t read the entire statements, here are a few sentences that should be noteworthy even to those who were disappointed by the ruling:

I will suffice with these quotes, although there are additional significant points in each of the two documents – again, I encourage everyone interested or concerned about this to read them.  Even these short excerpts, though, should be enough to demonstrate that while the OU said “no” to female rabbis, it also said “yes” to much larger roles for women than currently exist in almost any Orthodox community, including official titles for those women reflecting their leadership status.

About fifteen months ago, I published a blog post criticizing the RCA’s most recent statement against women serving as rabbis.  I complained about the statement’s lack of halakhic explanation, and about the fact that it was very emphatic about what women can’t do, but said almost nothing about what they can, should and must do.  On both of those issues, the OU’s statements represent a considerable improvement.

I propose, therefore, that we move the discussion away from the angry shouting that has continued unabated on blogs and facebook pages, and into these two other, much more productive areas: How to begin to create the greatly expanded leadership roles and titles that the OU and its Rabbinical Panel called for, while developing and continuing a genuine, sophisticated and scholarly halakhic conversation about the exact parameters and limits of those roles and titles.

Noam Party Candidate Was Behind Nixing of Mixed Armored Crews 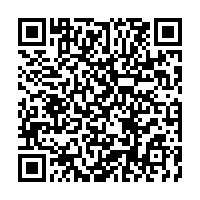