A court in Feldkirch, Austria, on Friday fined a woman $1,280 and gave her a suspended jail sentence for calling the Holocaust “lies” and placing a pro-Nazi sign above her toilet, AP reported. The woman accused of “spreading lies” a German soccer club that commemorated the victims of Auschwitz on its Facebook page. Police then searched her house and discovered the sign in her toilet. However, according to AP, because of Austria’s privacy laws police did not release her name. 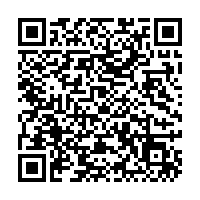